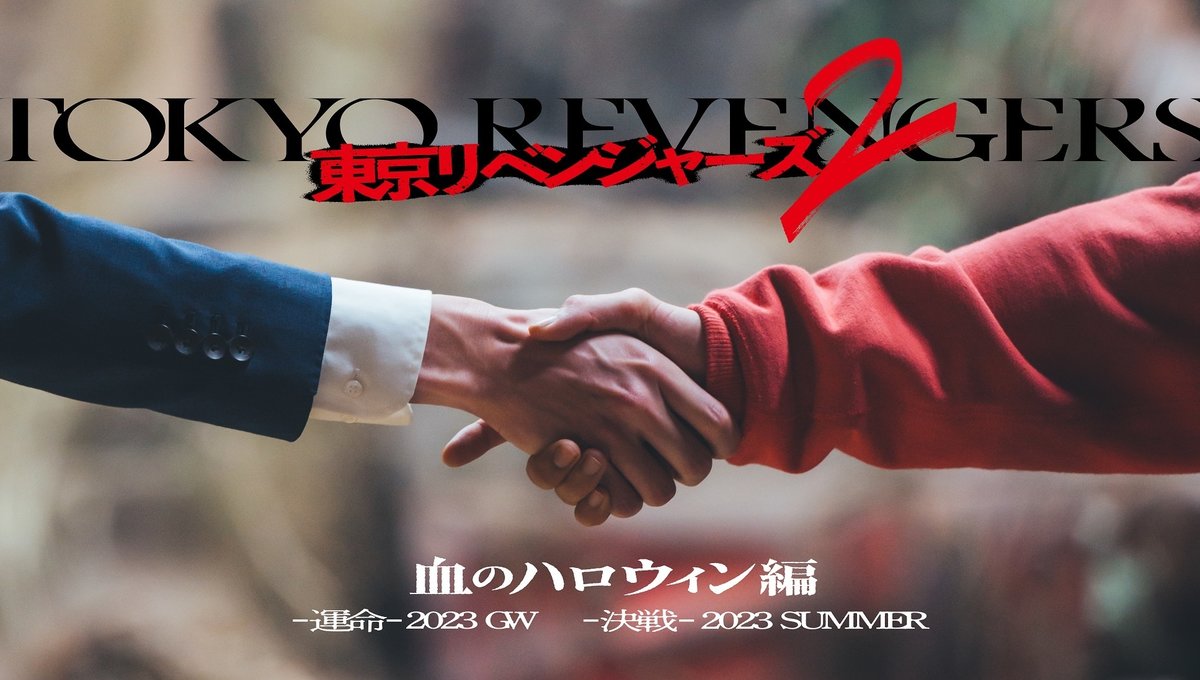 The sequel to Tokyo Revengers’ live action film adaptation is set to open with two parts in spring and summer 2023 respectively!

The sequel is titled Tokyo Revengers 2: Bloody Halloween Arc, with the subtitles “Fate” and “Decisive Battle” for Part 1 and 2 respectively. It will cover the Bloody Halloween arc from volumes four to eight of the original manga.

Tsutomu Hanabusa will return to direct with a script by Izumi Takahashi.

Based on the manga by Ken Wakui, the franchise follows 26-year-old Takemichi Hanagaki, who learns that his middle school girlfriend Hinata and her brother have been killed by gangsters. After discovering that he is able to travel back to the past, he vows to prevent Hinata’s death.

The first season of the TV anime adaptation aired in 2021, while the live action film opened in the summer of the same year after being delayed due to the COVID-19 pandemic. A second season will premiere in January 2023.