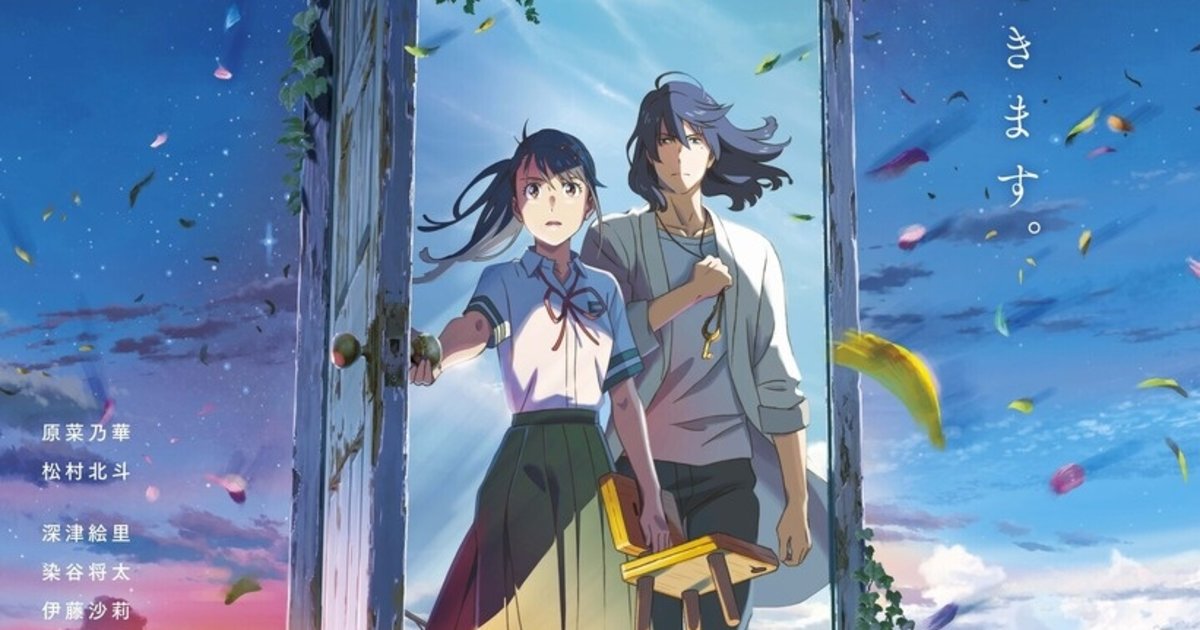 Renowned director Shinkai Makoto’s newest anime film, Suzume no Tojimari, has achieved the biggest box office opening numbers of all of his films!

It has also been confirmed that Suzume no Tojimari will be distributed in 199 countries and regions. Crunchyroll announced in early May that it will release the film globally excluding Asia in cooperation with Sony Pictures and Wild Bunch International.

Suzume no Tojimari follows Suzume, a seventeen-year-old girl who lives in a quiet town in Kyushu. After meeting a young man on a journey to find doors, she discovers a strange door, old but still standing despite the ruins surrounding it. Before long, doors all over Japan begin to open, bringing misfortune from beyond. Thus, Suzume must embark on her own journey to close these doors.

©2022 Suzume no Tojimari Production Committee
Adapted with permission from Anime!Anime!