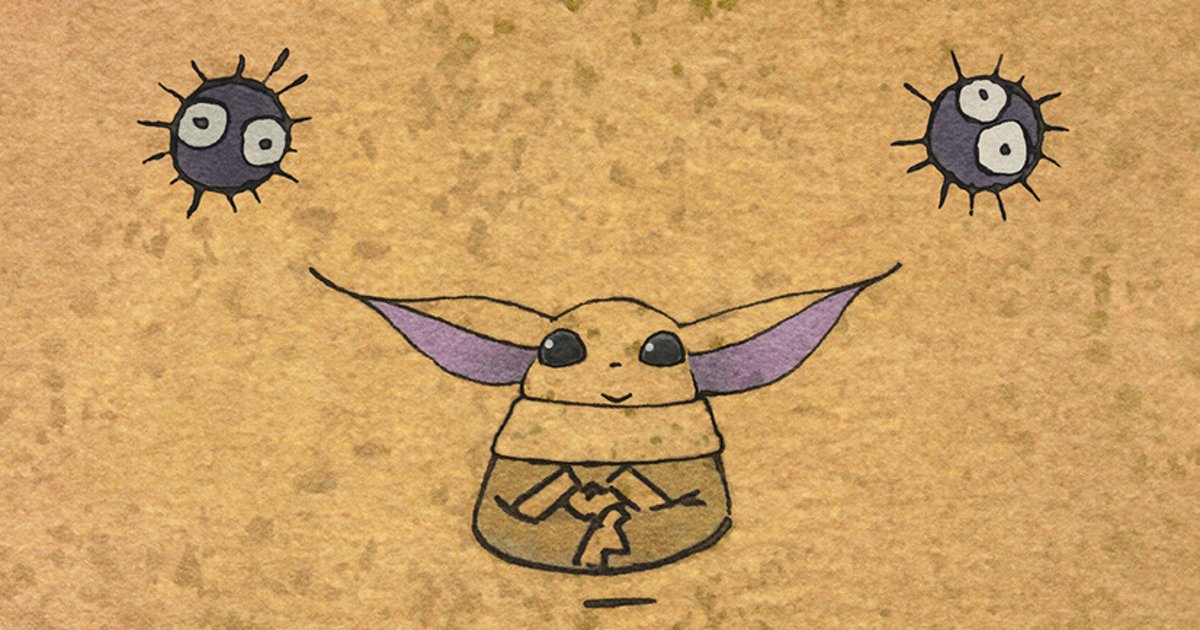 Studio Ghibli and Star Wars have teamed up for an adorable themed short starring The Mandalorian’s Baby Yoda and My Neighbor Totoro’s soot sprites!

Titled Grogu and the Dust Bunnies, the short is now available to watch on Disney+ in the US and Japan.

It was directed by Katsuya Kondo, who has worked on animation, character design, and more for countless Ghibli films, including My Neighbor Totoro, Howl’s Moving Castle, and Ponyo.

Director Hayao Miyazaki and producer Toshio Suzuki are longtime friends of Kathleen Kennedy, the president of Lucasfilm, which paved the way for this short to be made.

Grogu and the Dust Bunnies can currently be streamed via Disney+ in the US and Japan.