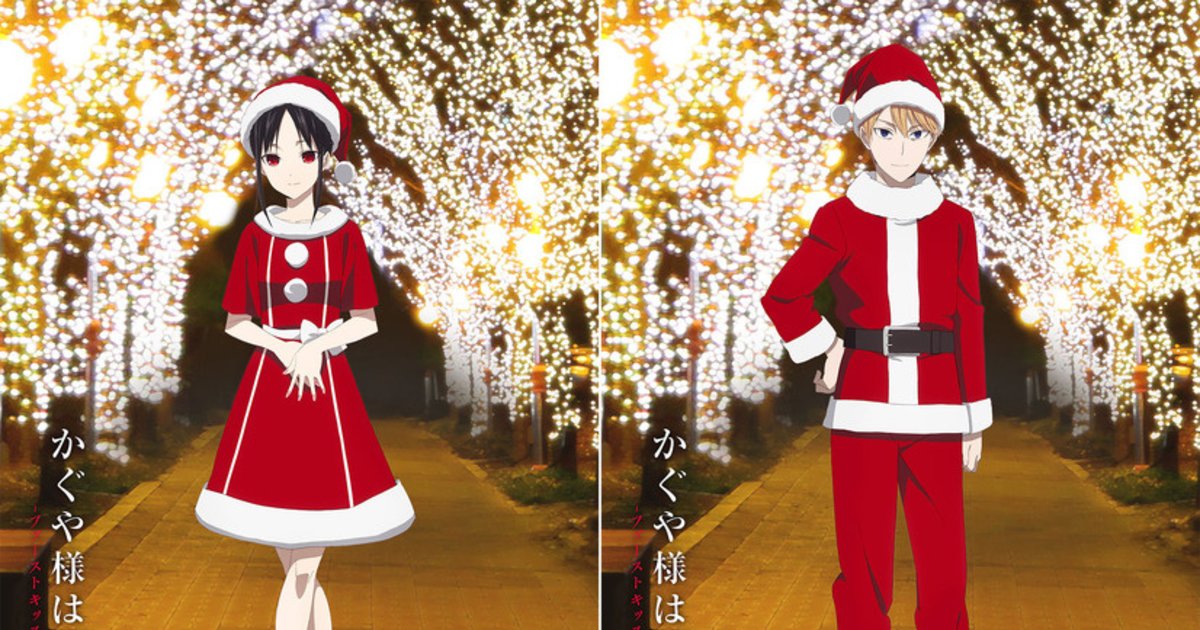 Upcoming anime film Kaguya-sama: Love is War – The First Kiss That Never Ends is getting into the holiday spirit with a series of Christmas-themed visuals!

In addition to the titular genius and her love interest Miyuki, the visuals feature their friends Chika, Yu, and Miko.

The film will adapt the manga’s Christmas arc, which takes place after the end of the third season. It will also air on TV in Japan after the screenings, while fans in the US will get the chance to see it at a premiere screening held at Anime NYC.

©Aka Akasaka/Shueisha, Kaguya-sama: Love is War Production Committee
Adapted with permission from Anime!Anime!