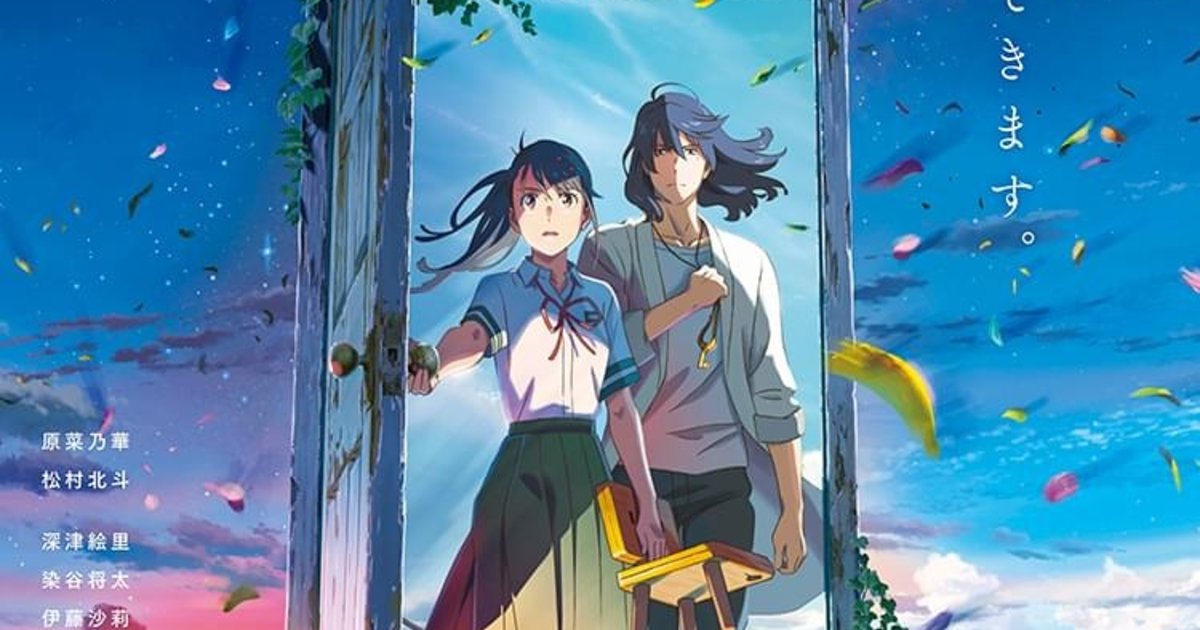 In addition to plenty of action with peeks at new scenes, the trailer features lines from supporting characters.

In addition, Sairi Ito will play Rumi Ninomiya, a single mother and manager of a bar in Hyogo, while Kana Hanazawa will play Tsubame Iwato, a girl that Suzume meets in Ehime.

Suzume no Tojimari follows Suzume, a seventeen-year-old girl who lives in a quiet town in Kyushu. After meeting a young man on a journey to find doors, she discovers a strange door, old but still standing despite the ruins surrounding it. Before long, doors all over Japan begin to open, bringing misfortune from beyond. Thus, Suzume must embark on her own journey to close these doors.

Suzume no Tojimari opens in Japan on November 11, 2022. It will screen outside Asia in early 2023 via Crunchyroll.