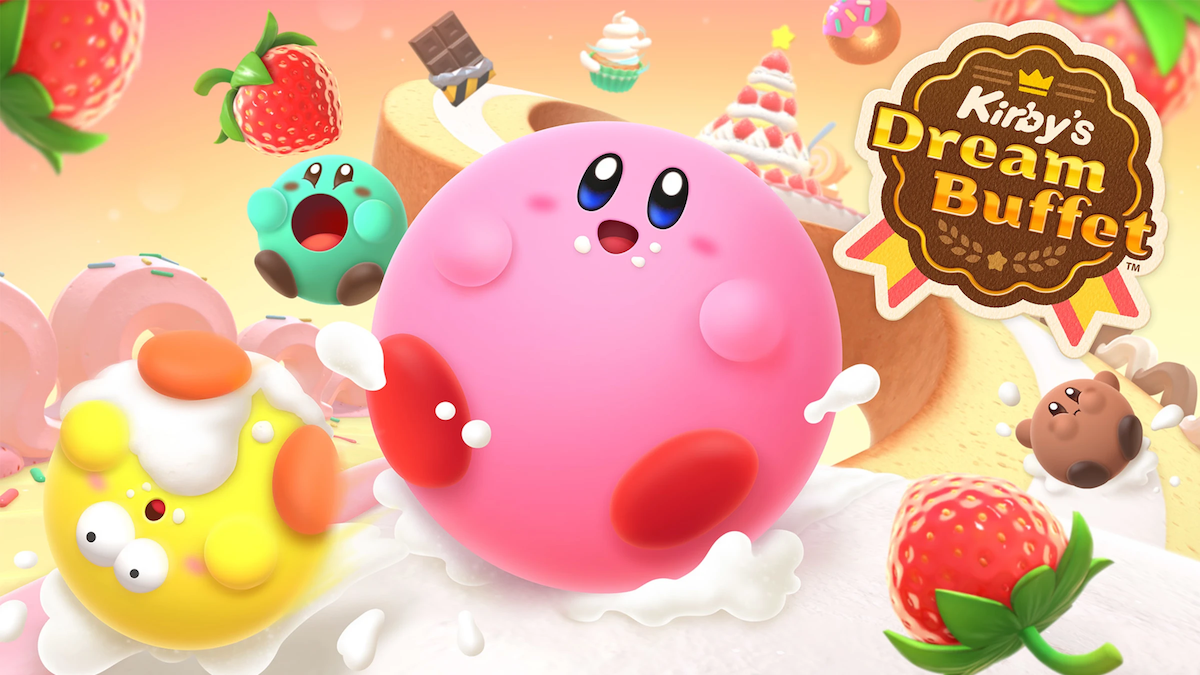 Kirby has had more spinoff titles than any Nintendo character apart from Mario, and developer HAL Laboratory is back again with yet another new on the pink pufffball. Releasing just 4 months after Kirby and the Forgotten Land, Kirby’s Dream Buffet lets players compete against each other across three game types: races, minigames, and a “battle royale.” It clearly takes a lot of inspiration from the Epic’s multiplayer hit Fall Guys, which isn’t uncommon for Kirby; some of the series’ earliest spinoff titles on the Game Boy were clones of Brick Breaker and Puyo Puyo. But, unlike Fall Guys, where 60 players face off, Dream Buffet is limited to 4 players.

Kirby’s Dream Buffet was originally shown off last month, but the overview trailer released today provides a lot of new details. Along with new gameplay footage, the video highlights some of the copy abilities Kirby can use in the different game modes, and dives into the Rewards Menu, where players can unlock cosmetics and other customization options by spending the strawberries that they earn in each match. Modestly priced at $14.99, Kirby’s Dream Buffet is only a week away, set to come out on August 17. You can watch the overview trailer below.