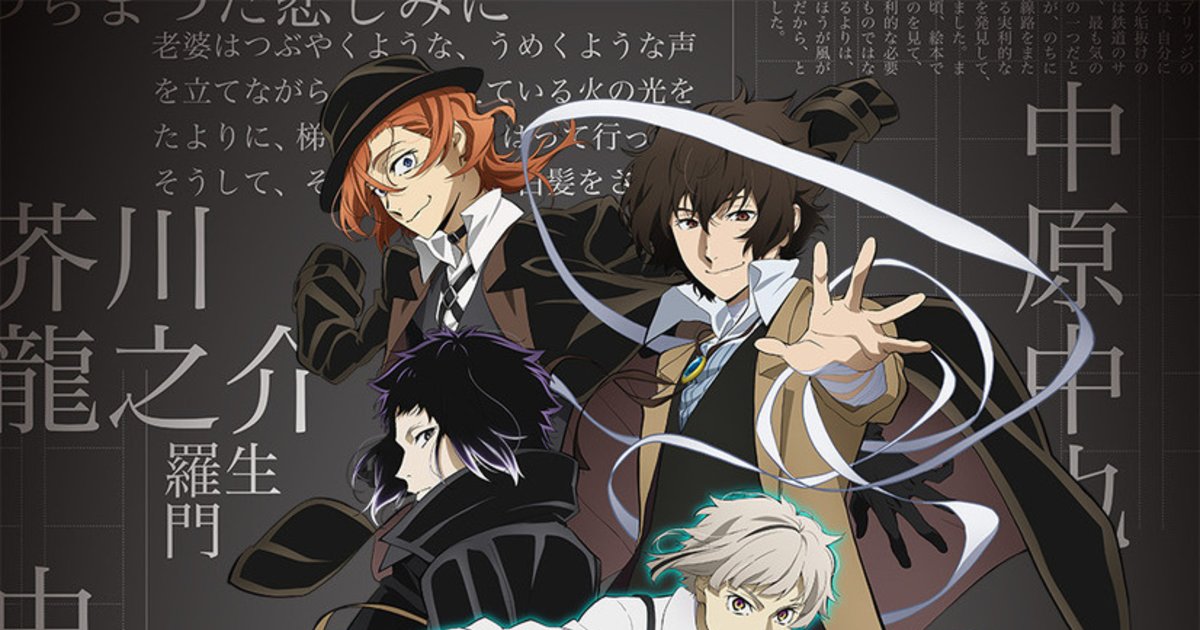 Mystery anime Bungo Stray Dogs will be back on the scene with Season 4 next January!

Bungo Stray Dogs follows a crime-solving group known as the Armed Detective Agency, most of whom have special powers and are named after significant literary figures.

The TV anime adaptation began in 2016, with a second and third season following in 2016 and 2018 respectively. An anime film was also released in 2017.