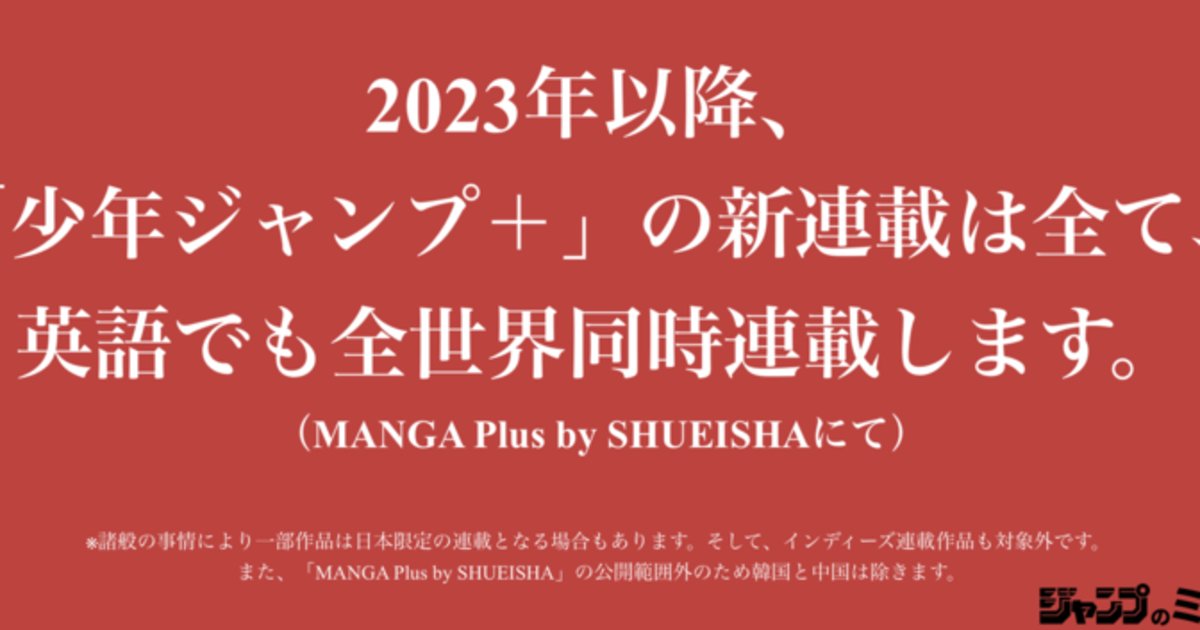 Overseas fans will be able to access new chapters in English via official website and app Manga Plus.

Manga Plus was launched in 2019 in English, expanding to include languages like Spanish, French, and Thai. In addition to series from Shonen Jump+, fans can find titles from Weekly Shonen Jump, Jump Square and more.

It was also revealed that Manga Plus will be updated with a platform where overseas artists can post their own manga. Details on when and how this will happen are yet to come.