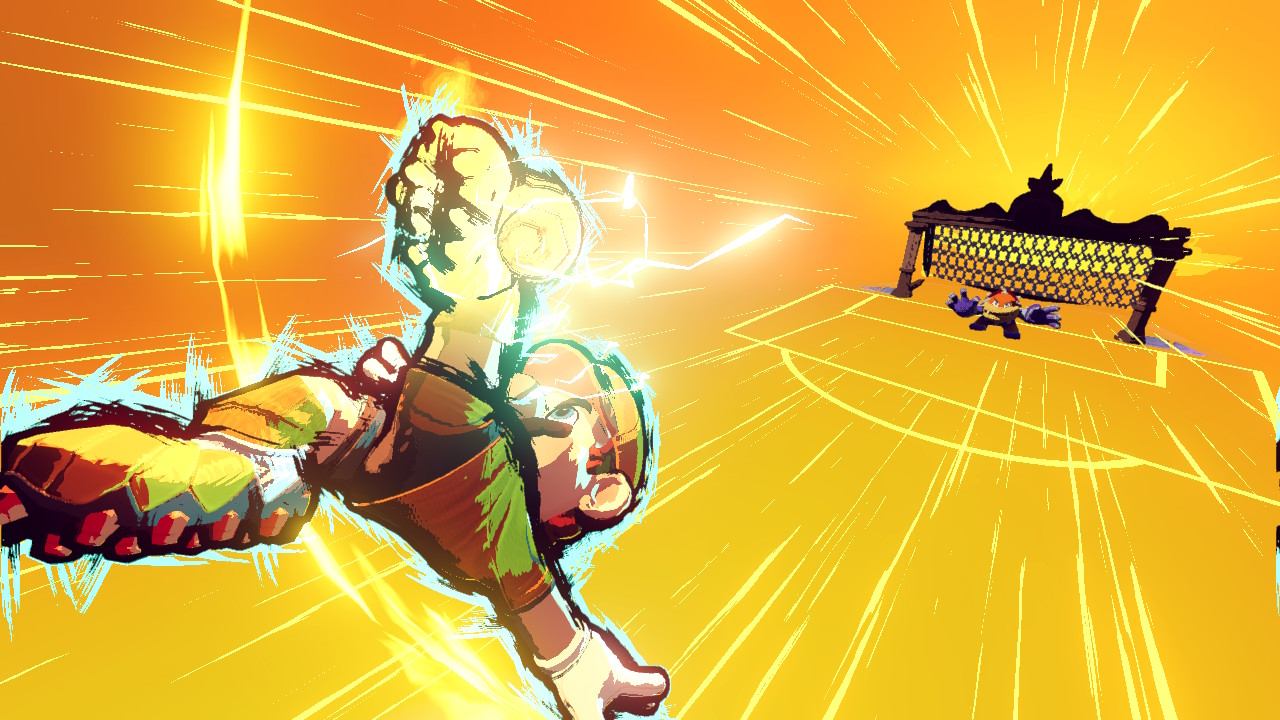 Mario and friends have mostly limited their extracurriculars to tennis and golf as of late, but finally returned to soccer after an 11-year absence. Mario Strikers: Battle League is a bit tamer than predecessors, abandoning the more inflammatory character animations from past titles, but the spirit of the series is still alive and kicking. Most importantly, the gameplay is the best the soccer series, and maybe Mario sports titles as a whole, have ever seen.

Developed by Next Level Games, Mario Strikers is a game of risk and reward. When a character sprints, they kick the ball further, giving other players the chance to steal. When charging up a tackle, you risk falling flat on your face and giving the opponent time to prepare a hyper strike. If you attempt a hyper strike of your own, you can potentially score 2 goals at once, but risk an easy interception and breakaway. That dynamic keeps you constantly on your toes. Intense focus is required at all times to keep track of 8 constantly moving characters (plus the 2 goalies) and identify opportunities to gain the advantage. The ultra-rapid pace of the game forces players to make quick decisions, which lead to mistakes for opponents to capitalize on.

Every goal feels like a feat in such a fast-moving environment, especially since the game so carefully balanced. Items are impactful, but not overpowered. Hyper strikes can turn the tide in a match, but they’re not as game breaking as in the Wii’s Mario Strikers Charged, where they can net you up to 5 points in one go. There’s no such thing as an easy goal; they all feel earned. The Mario Strikers series doesn’t have the rubber band effect found in Mario Kart, where a player can zip from last place to first in no time flat. That means Battle League less new user-friendly than the racer, but it makes it more satisfying on a competitive level.

The gameplay is also more complex than you might expect from a Mario sports title. There are more moves to learn than you can pick up in a match or two, which speaks to the depth and breadth of the gameplay, but means Battle League isn’t quite a pick-up-and-play title. The training section is a mandatory destination to get up to speed on all the mechanics. But if you spend the necessary time learning the ropes, you’ll be rewarded with a deeper gameplay experience than you’ll find in either the Switch’s Mario Tennis Aces or Mario Golf Super Rush.

The closest thing to a single player mode in Mario Strikers Battle League is the Cup Battles, multi-round tournaments where you compete against opponents that specialize in different attributes. They’re an opportunity to learn how to defend against different skills like strong shooting, passing, tackling, and dodging, to name a few. To counter the teams’ advantages, you can alter your own characters’ stats by buying and swapping out equipment that emphasize different attributes. As the only single player content, the Cup Battles feel a bit lackluster in comparison to the story modes common in Mario sports developed by Camelot. They’re essentially a primer for online battles, where the real meat of the game lies.

Nintendo doesn’t always receive high marks for its online multiplayer, but playing Mario Strikers: Battle League over both Ethernet and Wi-Fi is incredibly smooth. The only major drawback to online play is that the only way to enable true 4-on-4 matches, with eight human players, is for everyone to have a partner playing local co-op. If you’re not meeting up with another player in person, then you can only create teams with 2 players each. That’s more likely a limitation of the Nintendo Switch itself than Next Level’s development abilities, but it’s still a disappointment.

Apart from the gameplay, the highlight of Battle League is all the personality the characters show. As demonstrated by the beautifully animated Luigi’s Mansion 3, Next Level brings Mario and friends to life better than almost any team at Nintendo. Mario Strikers also injects more elements of the Mario series into the game than the other Nintendo sports titles, which is appreciated. It’s a blast to throw shells, bombs, and bananas at opponents mid-game, and the stages are great representations of different Mushroom Kingdom environments.

What’s in the new Mario Strikers is high-quality, but the title light on content for a $60 title. Next Level Games clearly spent the bulk of the development time refining the gameplay, and nobody can question the results of the team’s labor. Hopefully, now that the studio has nailed the game’s mechanics, it can throw itself into building on the rock-solid foundation. Nintendo announced that DLC will include additional characters, but Battle League could really benefit from an additional mode or two as well. The core gameplay is something fans can (and will) sink hundreds of hours into. All Next Level Games and Nintendo have to do now is to add enough to Mario Strikers: Battle League to make all those hours worthwhile.