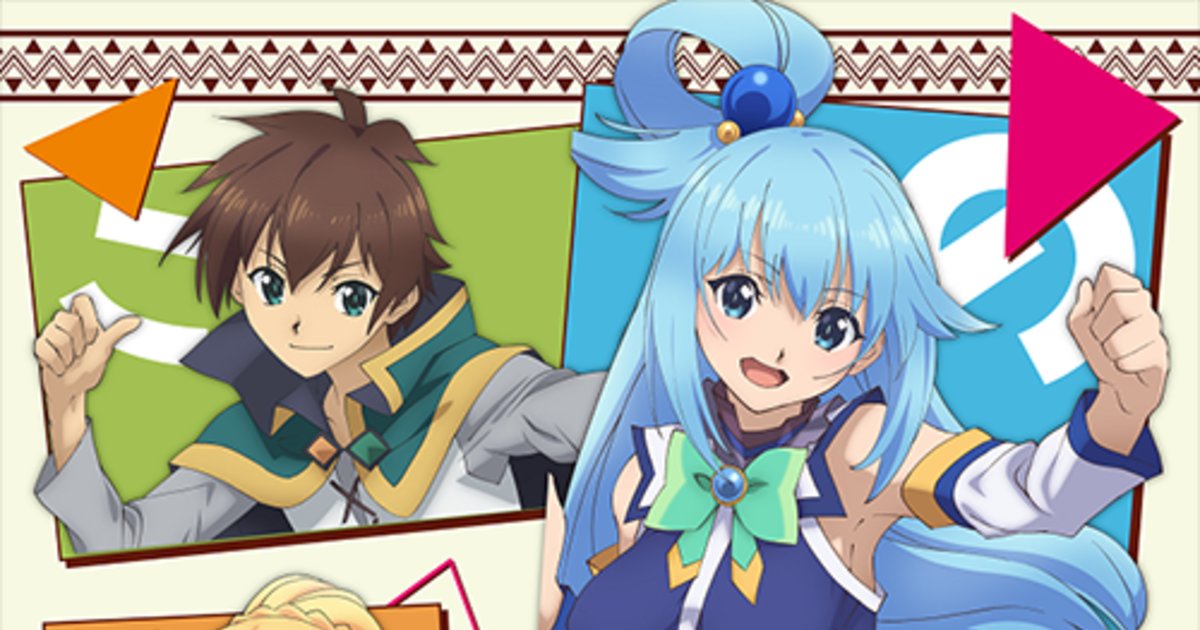 Comedy isekai series KonoSuba: God’s Blessing on this Wonderful World! is officially getting a third season and a spin-off anime!

The following cast members are set to reprise their roles for Season 3: Jun Fukushima as Kazuma, Sora Amamiya as Aqua, Rie Takahashi as Megumin, and Ai Kayano as Darkness.

Takaomi Kanasaki, who directed the franchise’s 2019 anime film, will serve as chief director at Drive. Yujiro Abe is set to direct, and Makoto Uezu and Koichi Kikuta will return for series composition and character design respectively.

Meanwhile, the spin-off anime will adapt the Megumin-focused light novel series KonoSuba: An Explosion on This Wonderful World! Rie Takahashi will once again play Megumin alongside Aki Toyosaki as Yunyun, and the same staff will create the series.

Details on when each series will air are yet to be revealed.

KonoSuba is adapted from the popular light novel series by Akatsuki Natsume with illustrations by Mishima Kurone. The first series of the TV anime aired in 2016, with Season 2 following in 2017. An anime film titled KonoSuba: God’s Blessing on This Wonderful World! Legend of Crimson premiered in 2019.