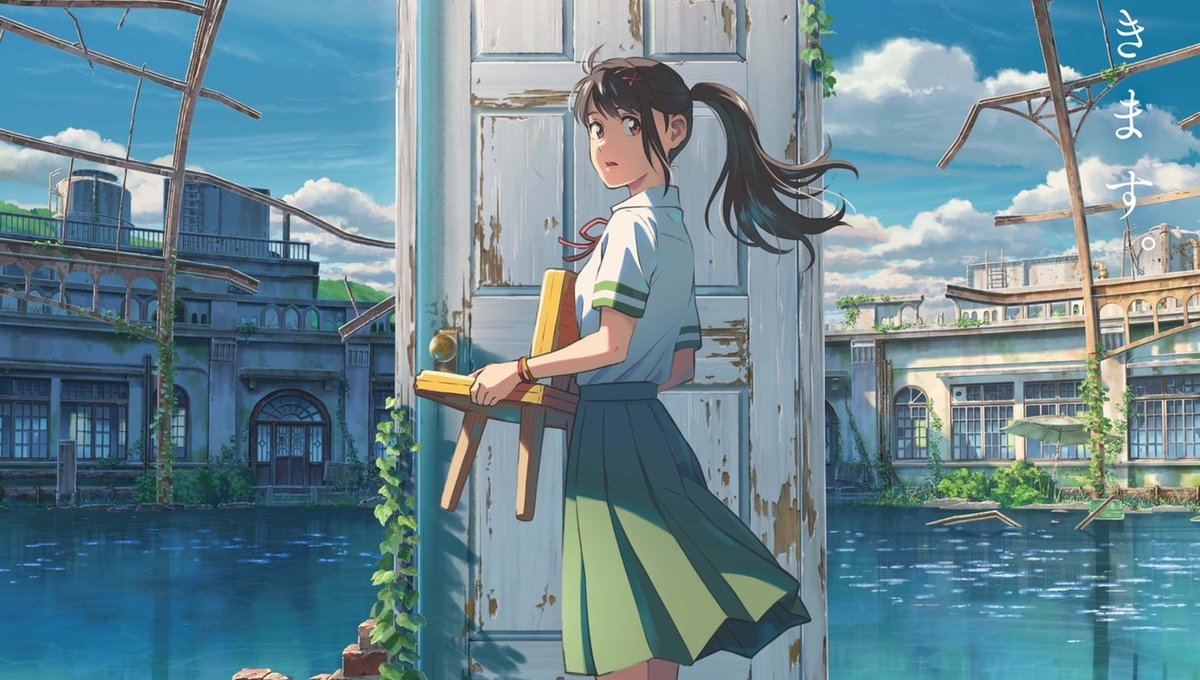 The latest anime film from renowned director Makoto Shinkai, Suzume no Tojimari, has been picked up for distribution outside of Asia in early 2023 by Crunchyroll in cooperation with Sony Pictures and Wild Bunch International!

The story follows Suzume, a seventeen-year-old girl who lives in a quiet town in Kyushu. After meeting a young man on a journey to find doors, she discovers a strange door, old but still standing despite the ruins surrounding it. Before long, doors all over Japan begin to open, bringing misfortune from beyond. Thus, Suzume must embark on her own journey to close these doors.

Shinkai is known worldwide for films like Your name. and Weathering with You. In addition to directing Suzume no Tojimari, he is credited for creating the original work and the script. Other confirmed staff includes Masayoshi Tanaka for character design, Kenichi Tsuchiya as animation director and Takumi Tanji as art director.