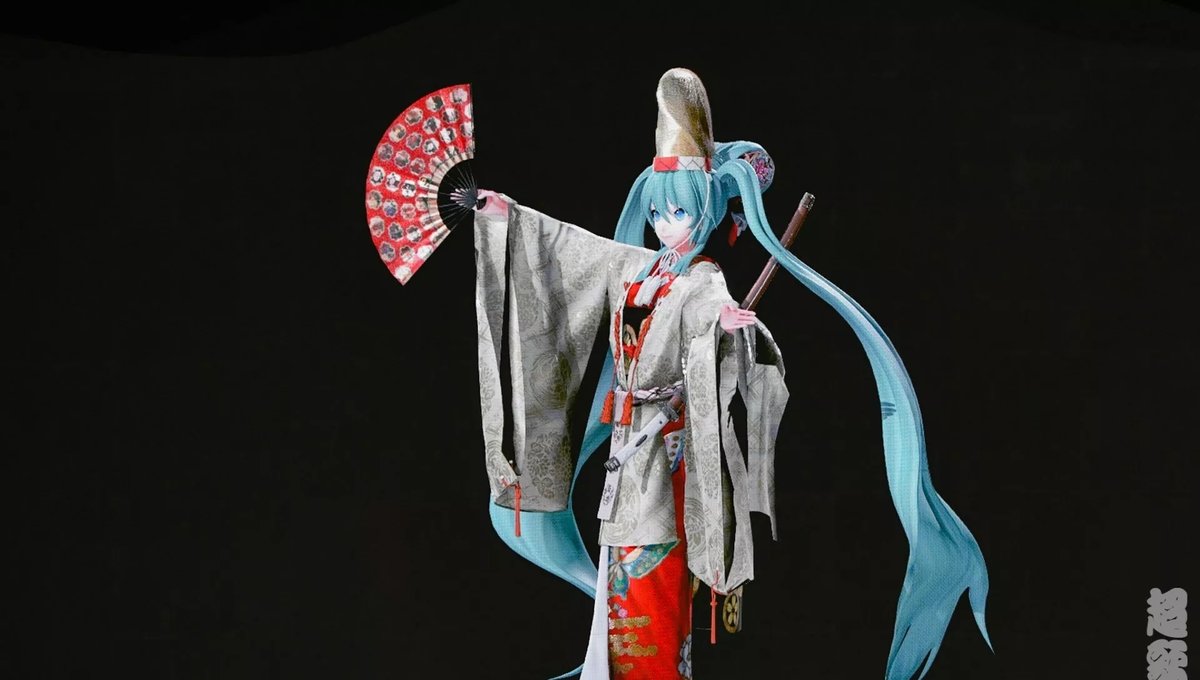 Niconico Chokaigi, an event celebrating Japan’s internet culture, returned for an in-person event this year. Thanks to the folks at Geek Lab, you’ll be able to get a peek into what it was like to attend Cho Kabuki, a particularly popular kabuki performance that stars the one and only Hatsune Miku!

Please note that the photos in this article were shot by official photographers during the dress rehearsal.

First performed in 2016, Cho Kabuki is a fresh new form of entertainment that brings Miku together with both the latest technology and kabuki, a traditional Japanese art combining dance and drama.

Although Cho Kabuki is an annual event held in conjunction with Niconico Chokaigi, neither were held in 2020 and 2021 due to COVID-19. This time was the seventh performance overall, marking three years since Cho Kabuki graced the stage of Makuhari Messe.

Titled “Towa no Hana Homare no Isaoshi,” the performance was an entirely original one created specially for this year’s event. The story was themed around the defeat of the Soga clan leader Iruka, which was said to trigger the Taika Reforms established in 645.

Kabuki legend Nakamura Shido, who played hero Kanawa Goro Imakuni, appeared for a greeting before the main performance. Mentioning that this year’s Chokaigi theme was “Tadaima. Okaeri.” (I’m back. Welcome home.), he inspired the audiences that were watching both in real life and via the Internet.

After being introduced by Nakamura, Miku also greeted viewers before taking to the stage in her role as Dazai no Shouni Sokujo Odamakihime, the beautiful heroine who is harboring a secret.

After the main story began, the audience quickly showed their support with huge applause for the vigorous performances and music. Miku’s acting proved to be just as extraordinary as those of the real-life kabuki performers.

“The Disappearance of Hatsune Miku,” a popular song by cosMo@Bousou-P, was featured as this year’s insert song. Not only was it played during the intermission, but it was also rearranged for the main performance. This led to a strange sensation – despite the fact that it was a display of a traditional theater form, it somehow felt like a familiar Niconico video.

Quick explanation: “The Disappearance of Hatsune Miku” was the song that pioneered the trend of lightning fast lyrics that could only be sung by Vocaloids. Having received over 10 million views on Niconico, it’s a renowned song that has been immortalized in the Vocaloid Hall of Legends.

The final act contained one of Cho Kabuki’s special highlights: a special technique from NTT (Cho Kabuki’s sponsor) that made the performers multiply into 16 people. Another one of the many examples of the fascinating staging was Miku appearing from a folding screen.

Plenty of interesting moments also came from the audience members, whose light sticks and comments were incorporated into the performance, particularly in the second half. When told to turn the venue green, they rose to the occasion with great excitement.

Finally, the end of the performance was marked with a shower of cherry blossoms falling as “The Disappearance of Hatsune Miku” played. Plenty of viewers took the opportunity to take photos and videos, as this was the only part where it was permitted.

While COVID-19 measures meant that cheering on the performers with spoken words wasn’t allowed, the audience did a great job taking advantage of light sticks, comments, and applause to express their support.

For more info on Niconico Chokaigi, visit the official website.