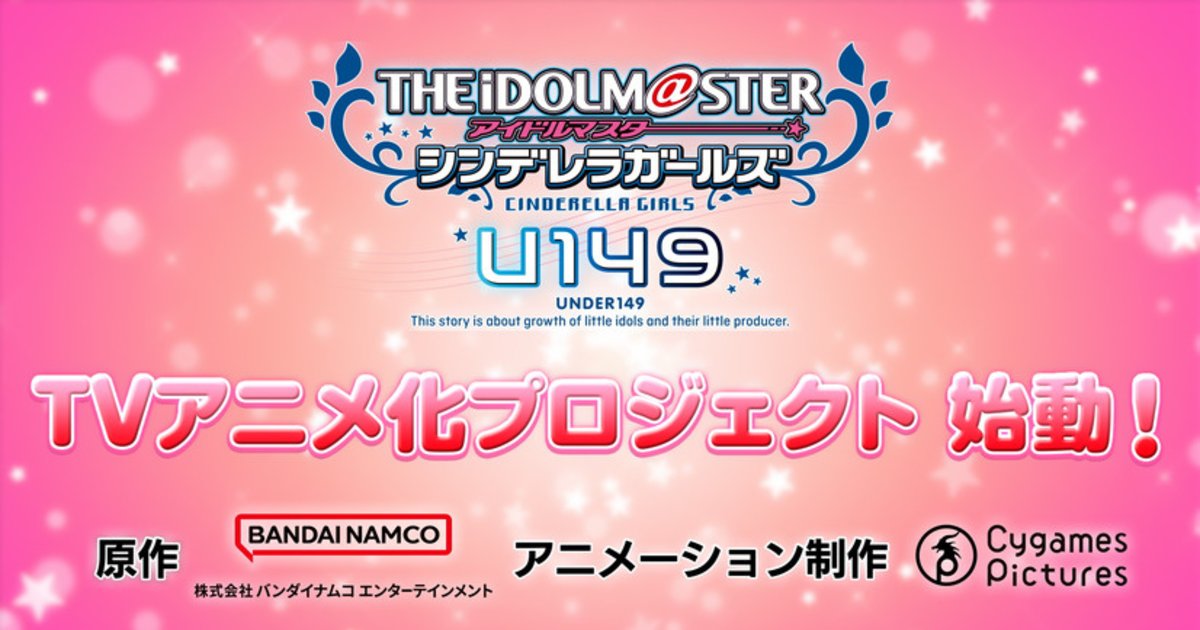 The Idolm@ster Cinderella Girls U149 is getting its first TV anime adaptation!

The Idolm@ster is a multimedia franchise which began as a social game in 2011 and expanded into rhythm games, live concerts, manga, and anime.

A spin-off to the game The Idolm@ster Cinderella Girls, U149 is a web manga revolving around particularly young idols who are all under 149 cm.

An illustration drawn by Kyowno, the manga’s author, was revealed to celebrate the TV anime adaptation.

Details on the staff, cast, and airdate are yet to be revealed.