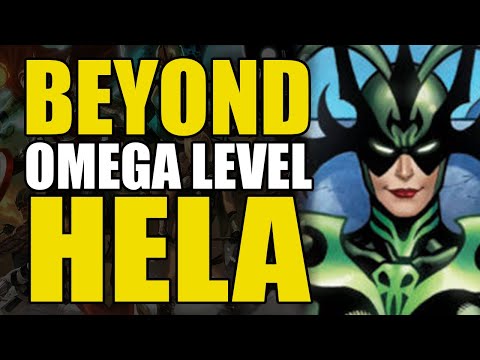 Check Out Our Other Beyond Omega Level Videos!: https://www.youtube.com/playlist?list=PL9sO35KZL50y3YS3RBZfqNKv2Pg-6oli9

Hela is a fictional character appearing in American comic books published by Marvel Comics. The Asgardian goddess of death is based on the Norse goddess Hel. The ruler of Hel and Niflheim, the character has been a frequent foe of Thor.