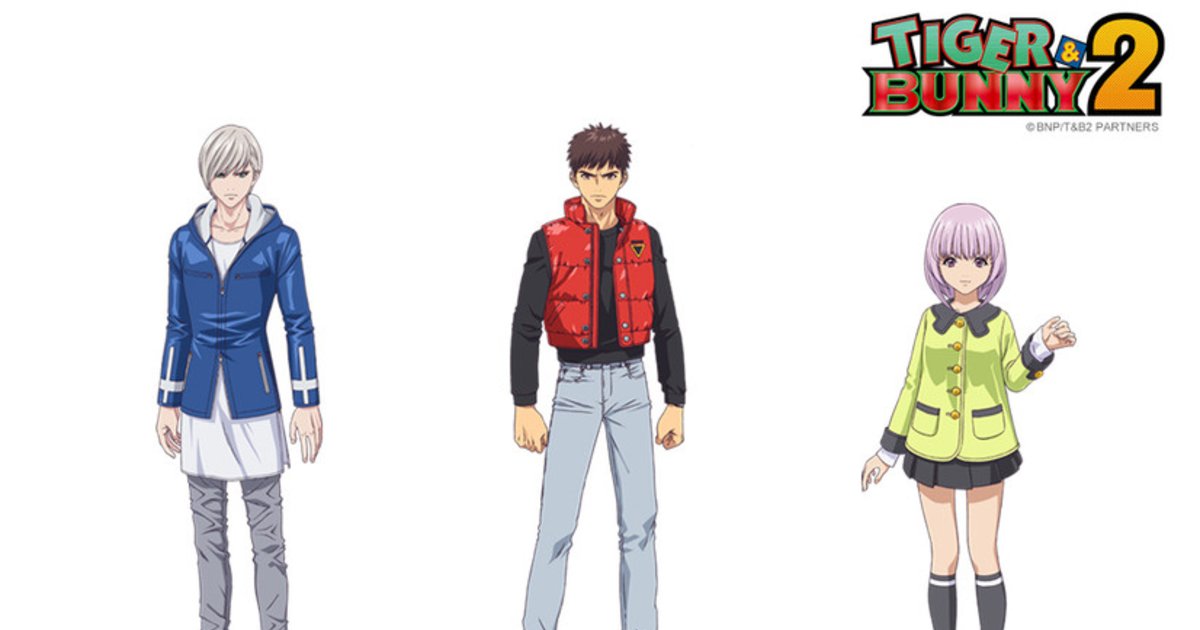 The trailer features the ending theme song for the first part of the new season, “Aida” by ano.

Nobunaga Shimazaki ( Black Clover ) will join the cast as Thomas Taurus/He Is Thomas with Shoya Chiba ( Classroom of the Elite ) as Subaru Sengoku/Mr. Black and Tomori Kusunoki ( My Senpai is Annoying ) as Lara Tsaikoskaya/Magical Cat.

A visual of 11 heroes, including the new characters, has also been released.

Tiger & Bunny began as an original anime series aired in 2011. Set in the near future, the story follows celebrity superheroes who star in a reality TV show, sponsored by brands whose names appear on their costumes.