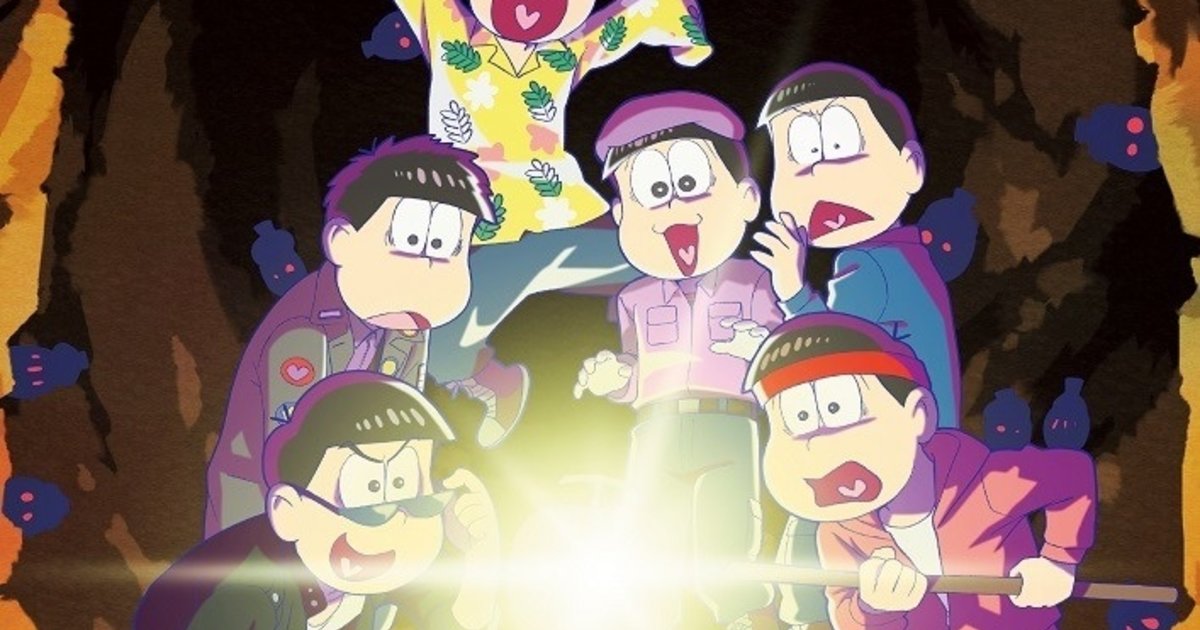 Comedy anime Osomatsu-san is heading back to the big screen on July 8 with a new film titled Osomatsu-san ~Hipipo-Zoku to Kagayaku Kajitsu~!

Created as part of the anime’s sixth anniversary celebrations, the upcoming film will see the sextuplets embark on an adventure to discover a legendary wish-granting fruit.

Set 10 years after the events of Akatsuka Fujio’s classic manga Osomatsu-kun, Osomatsu-san follows the daily lives of the six Matsuno brothers, now grown up as NEETs.

Osomatsu-san ~Hipipo-Zoku to Kagayaku Kajitsu~ will be followed by another film set for release in 2023. Yoshinori Okada is returning to direct with a script by Shu Matsubara, who also worked on the TV series.