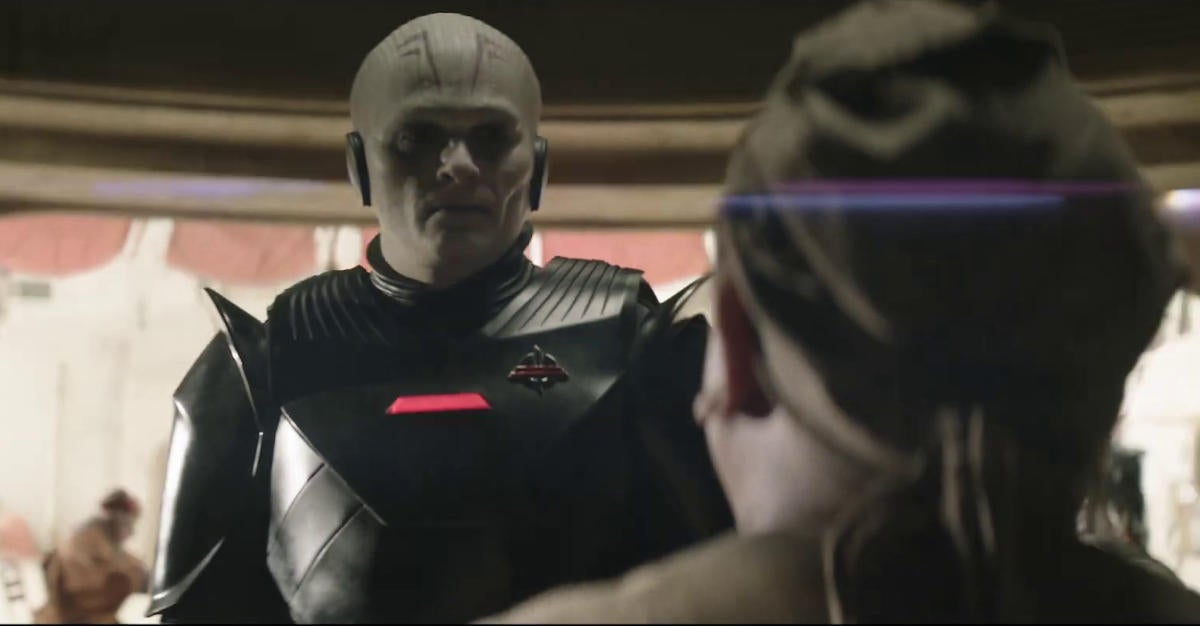 The Obi-Wan Kenobi series teaser trailer may not have revealed the big villain Star Wars fans really want to see (Hayden Christensen’s Darth Vader) but it did give fans of Star Wars animation a big thrill! The Obi-Wan Kenobi trailer gives us our first look at the live-action version of Star Wars’ Grand Inquisitor – a character that gained popularity as the antagonist of the Star Wars Rebels animated series, which is set in roughly the same time frame (the early days of the Empire).

The Grand Inquisitor is the Pau’an leader of The Inquisitors, a group of dark side warriors Emperor Palpatine created for a specific purpose: hunting down and killing all remaining Jedi hiding in the universe. The Inquisitors were also tasked with locating Force-sensitives of high potential, and either converting them to the dark side or eliminating them. Grand Inquisitor reported directly to Darth Vader, and the two worked closely together, with Vader sometimes using the Inquisitors as his pawn – sometimes even coming to blows with them (much to the delight of their Sith Lord master).

The Grand Inquisitor’s story came to an end during Star Wars Rebels, but Obi-Wan Kenobi is a rare opportunity to bring the fan-favorite villain back again. Fans will be delighted to know that Hitman: Agent 47 star Rupert Friend will be playing Grand Inquisitor in the live-action series.

The Inquisitorius is yet another set of characters that Star Wars built up through its animation, comic book, and gaming media platforms – and now they will finally get mainstream exposure on live-action TV. In fact, it’s now becoming something of a tradition for Star Wars live-action TV series to each pluck at least one character from the animated and/or comic book sides of the franchise and give them long-awaited live-action adaptations. The Mandalorian has done it for Ahsoka Tano (Rosario Dawson) and Bo-Katan Kryze (Katee Sackhoff); The Book of Boba Fett did it for Black Krrsantan. Now Obi-Wan Kenobi will do it for The Grand Inquisitor.

One thing about Grand Inquisitor that the Obi-Wan trailer already teases is his novel lightsaber weapon. Grand Inquisitor’s double-sided lightsaber has a motorized circular hilt, which allows it to spin like a helicopter rotor blade. You can see the weapon at work around 1:13 in the trailer, as the Grand Inquisitor is… er, inquiring about the whereabouts of a Jedi – who may (or may not!) be Obi-Wan.

Obi-Wan Kenobi will begin streaming on Disney+ on May 25th.