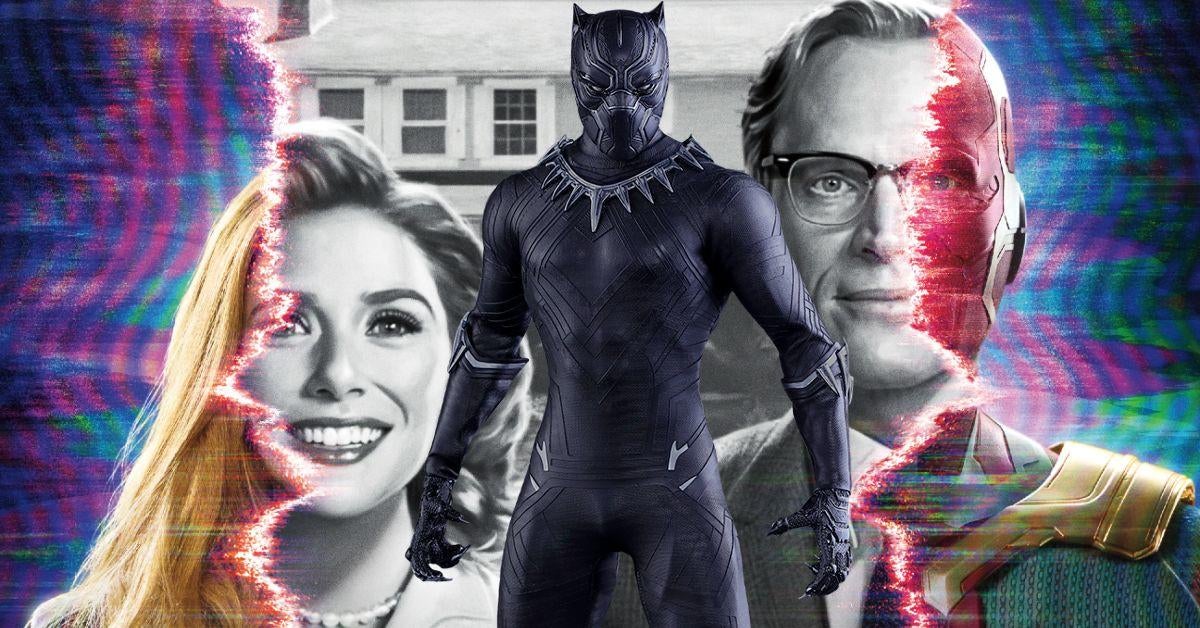 One thing Marvel Studios stresses is continuity between its projects. For example, the events in WandaVision will continue in Doctor Strange in the Multiverse of Madness, as Scarlet Witch teams with Stephen Strange to prevent multiversal chaos. The season finale of WandaVision featured Elizbeth Olsen going up against Kathryn Hahn‘s Agatha Harkness, with Wanda Maximoff finally transforming into the Scarlet Witch from the comics. Part of their duel involved the use of magical runes, enabling Scarlet Witch to get the upper hand. Now, a member of Marvel’s VFX team has shed new light on how the Black Panther movie altered the use of WandaVision‘s runes.

The upcoming release of The Art of WandaVision book (via The Direct) contains quotes from senior artist Jana Schrimer, who is a member of the Visual Development team. Schrimer noted how some of the early concepts for the runes in WandaVision changed because they were too similar to the Wakandan language used in Black Panther.

“It was very much a back and forth as to what kind of runes they wanted,” Schrimer said. “The first symbols I did I remember them saying looked too much like snowflakes. Other concepts they said looked a bit too inspired by the Wakandan-style language, so they didn’t choose those. In the end, the final symbols had more of a traditional, witchy look.”

The runes came into play in WandaVision when Agatha used them to take away Wanda’s powers. As Agatha taught Wanda, the person who casts the runes can still use their powers inside them. Wanda turned the tables when she cast runes inside the Westview sphere she created. There were instances when Wakandan language was shown in captions in Black Panther, which gives an idea of how they appear similar to WandaVision runes.

Agatha Harkness is set to star in her own WandaVision spinoff titled House of Harkness. After defeating Agatha, Scarlet Witch left her in Westview playing the role of her nosey neighbor Agnes. As for Scarlet Witch, we’ll have to wait and see if she’s a friend or foe when Doctor Strange in the Multiverse of Madness arrives in theaters on May 6th.

One scene from the most recent trailer that caught the attention of fans involved Scarlet Witch fighting a character that was either Captain Marvel, or Tony Stark’s Superior Iron Man.

Make sure to let us know your thoughts on the changes Black Panther caused for WandaVision in the comments!