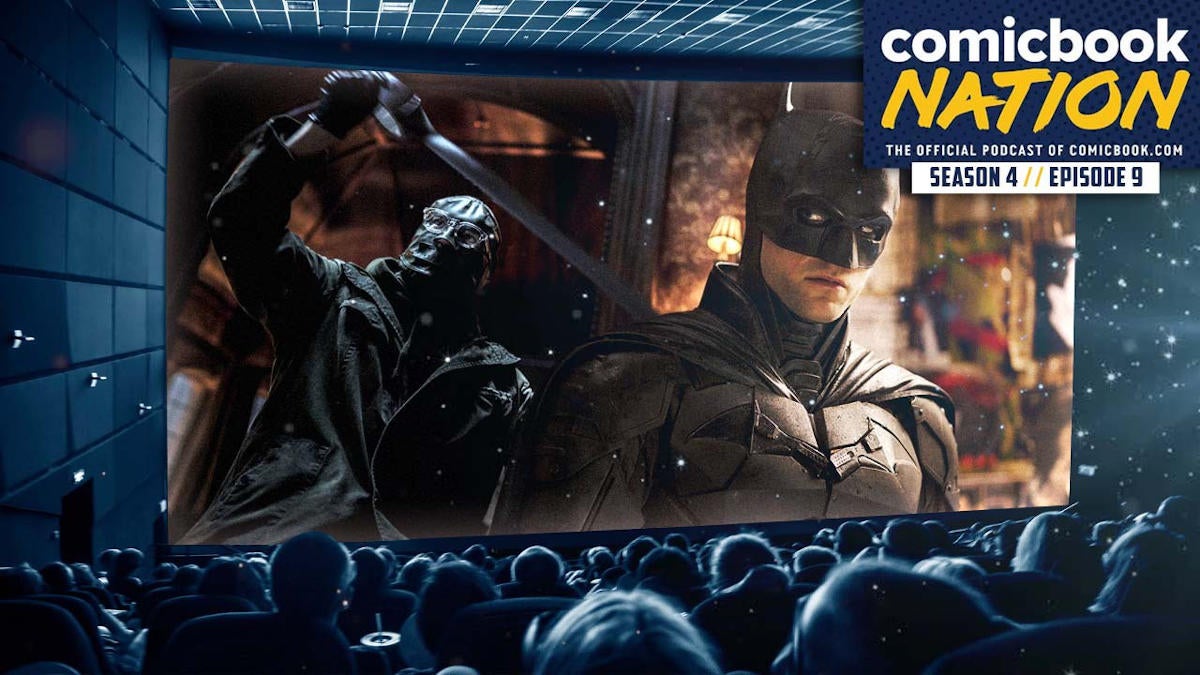 The CB Nation crew discusses The Batman and what (if any) future Matt Reeves Batman reboot has. We also sit down with Spawn creator Todd McFarlane for a chat about McFarlane Toys’ upcoming lines! PLUS: New DC and Marvel Comics!

In his official 4-star review of The Batman, ComicBook Nation host Kofi Outlaw praised Matt Reeves for creating the most visually-stunning Batman movie ever – and star Robert Pattinson for turning in the best in-costume version of Batman we’ve seen. That said, Outlaw thought that the story for The Batman and its villain (Paul Dano’s Riddler) could’ve been better. Buy hey, The Batman has opened to big box office numbers, and The Batman 2 is already trending, so Reeves looks like he’ll get the chance to improve on any first-time flaws.

Here’s an excerpt from the review:

The Batman took a long, winding road through its production – including a pass through the dark shadow of the COVID-19 pandemic. It bears mention, as the resulting film now arriving in theaters feels very much like a product of the world it was produced in: a stunningly fresh vision of the Batman character, world, and lore that ultimately got muddled and lost along the way, but still manages to pull together enough, by the end, to offer fans a doorway to a more promising franchise future.

There are several additional ways you can subscribe and/or listen to ComicBook Nation, which are listed below:

Each episode has a deep dive into the current biggest discussion topics and debates within geek culture: movies, tv, comics, and video games are regular features, with genres like sci-fi, anime, and wrestling also featured regularly. No matter what your level of geekdom, we have something for you!

After every show we’ll keep the discussion on Twitter:

Have thoughts to share? Want us to cover something on the show? Let us know in the comments!