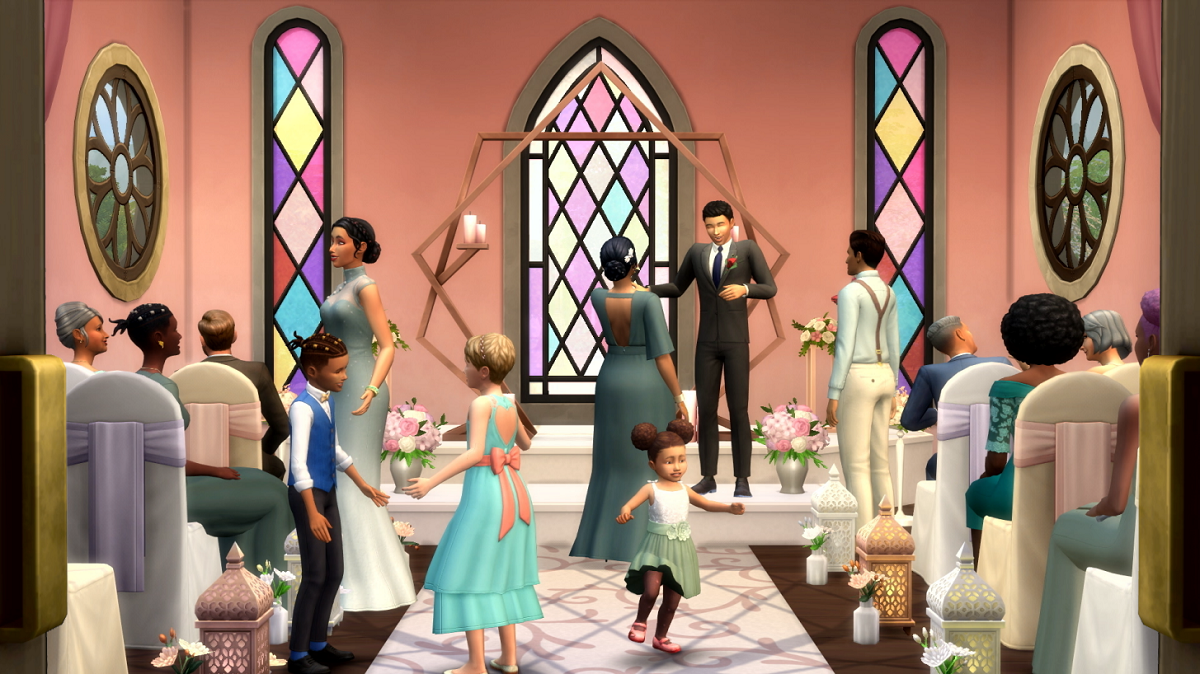 The Sims 4’s newest Game Pack called “My Wedding Stories” is out now, and alongside the wedding customizations and other options it brought, it also carried with it a couple of bugs and other issues. Players have been reporting those problems since the DLC’s release, and this week, Electronic Arts commented on the “top community concerns” and said that it has an update on the way planned to release a number of improvements for My Wedding Stories.

The latest Laundry List post from EA addressed some of those top problems players have identified with this DLC. Walking down the aisle in a wedding-themed DLC is a pretty big part of the Game Pack, so naturally fixing problems with that is a high priority on the list of things to do.

Sul Sul Simmers! 👋 We’ve got a Laundry List full of love and fixes. ❤️🛠 Check out the latest list for My Wedding Stories that we aim to resolve in an upcoming patch! 🧺📝 : https://t.co/PKZoqhsbUN pic.twitter.com/0Sb3r649LC

The Sims 4: My Wedding Stories Fixes

EA said that there are actually two updates planned for this wedding-themed DLC. The first of those will release ahead of the one described above with the more detailed list of fixes to be released afterwards.

The Sims 4’s new wedding DLC was first announced earlier in February and was supposed to be out sooner than its actual release date, but it was delayed due to a problem with a regional release.