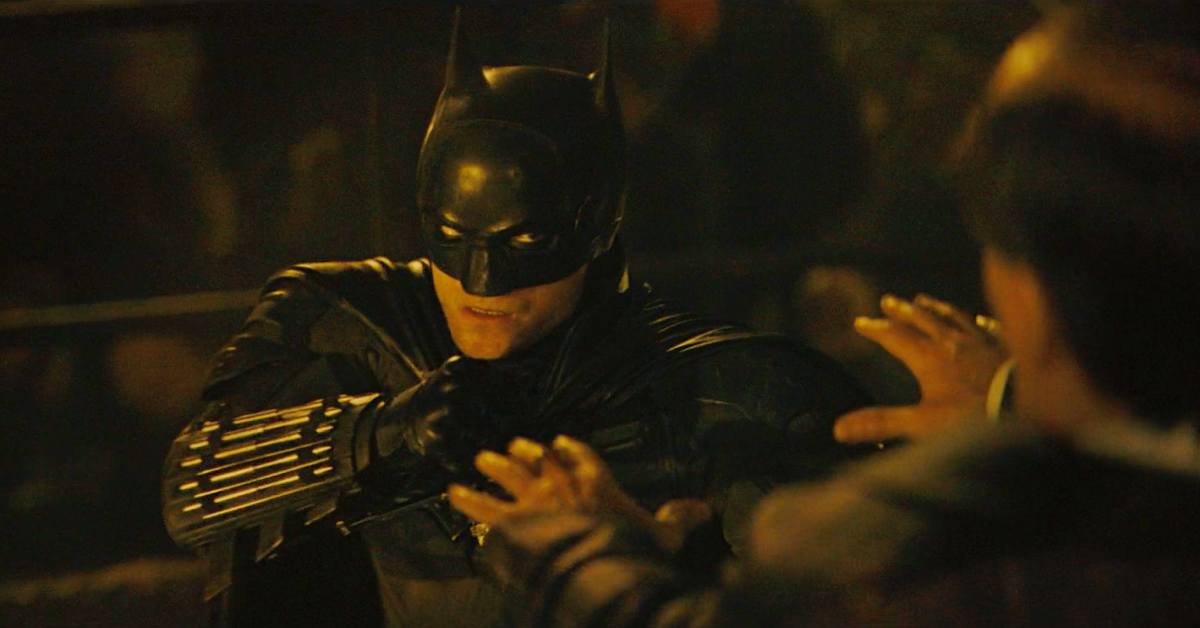 The Batman has begun lighting up the big screen this weekend, bringing Matt Reeves’ take on the DC Comics mythos to the masses. The film chronicles the second year in the crimefighting career of Bruce Wayne / Batman (Robert Pattinson), all while weaving in a take on Gotham City that both homages the years of DC Comics, and paves new ground entirely. While Reeves and the film’s creative team made it clear that it would not retread the obvious touchstones of Bruce’s origin — namely, showcasing the death of Thomas and Martha Wayne — The Batman still manages to put an interesting twist on the iconic parents. Major spoilers for The Batman below! Only look if you want to know!

The Batman sees Bruce trying to solve a series of malicious puzzles placed by Edward Nashton / The Riddler (Paul Dano), which prove to be connected to a conspiracy deep within the history of Gotham City. Eventually, Bruce discovers that Riddler’s murder victims are all public figures who stole money from the Gotham Renewal program, a non-government fund set up by Thomas decades prior to help improve Gotham. Ultimately, Nashton creates a malicious propaganda video showcasing the “truth” behind Thomas and Martha Wayne — and it’s not quite what Bruce and the audience might have expected.

In this version of the DC universe, Martha was born into the Arkham family — the biggest family dynasty in Gotham, outside of the Waynes. As it turns out, Martha had murdered her family and been thrown into various asylums as a young woman, something that was never made public thanks to hush money. When a journalist named Edward Elliot attempted to investigate this ordeal and bring it public, he was subsequently murdered, seemingly at the behest of Thomas, but eventually at the orders of Carmine Falcone (John Turturro).

This bit about Martha is definitely interesting, especially as fans traditionally associate her as having been descended from the Kane family in the comics. That being said, the specifics of her being an Arkham and being in asylums did come from the Batman: Earth One graphic novel series, created by Geoff Johns and Gary Frank.

Ultimately, this detail is left unexplored in the remainder of The Batman, but it is definitely something that feels meaty enough to be explored in a potential sequel or in one of the planned HBO Max spinoff series. As Reeves recently revealed, there are plans to further explore the goings-on of Arkham Asylum in one of the spinoff series.

“We’re doing this Penguin series and one of the great things about that is Colin Farrell — he’s like you’ve never seen him. He’s so incredible and he’s a scene-stealer. Along the way, we thought maybe we could do [Oz] as a series,” Reeves told The Toronto Sun. “So I talked to HBO Max and showed them Colin in the movie and spoke to them about what this could be and they said, ‘Let’s do it.’ So we’re doing that and we’re doing another series that connects to Arkham [Asylum]. We are talking and thinking about the next movie, but to be honest with you, at the moment, I really want the audience to connect with this. And I really believe they will because I think Rob is an incredible Batman.”

What do you think of the twist with Batman’s parents in The Batman? Share your thoughts with us in the comments below!