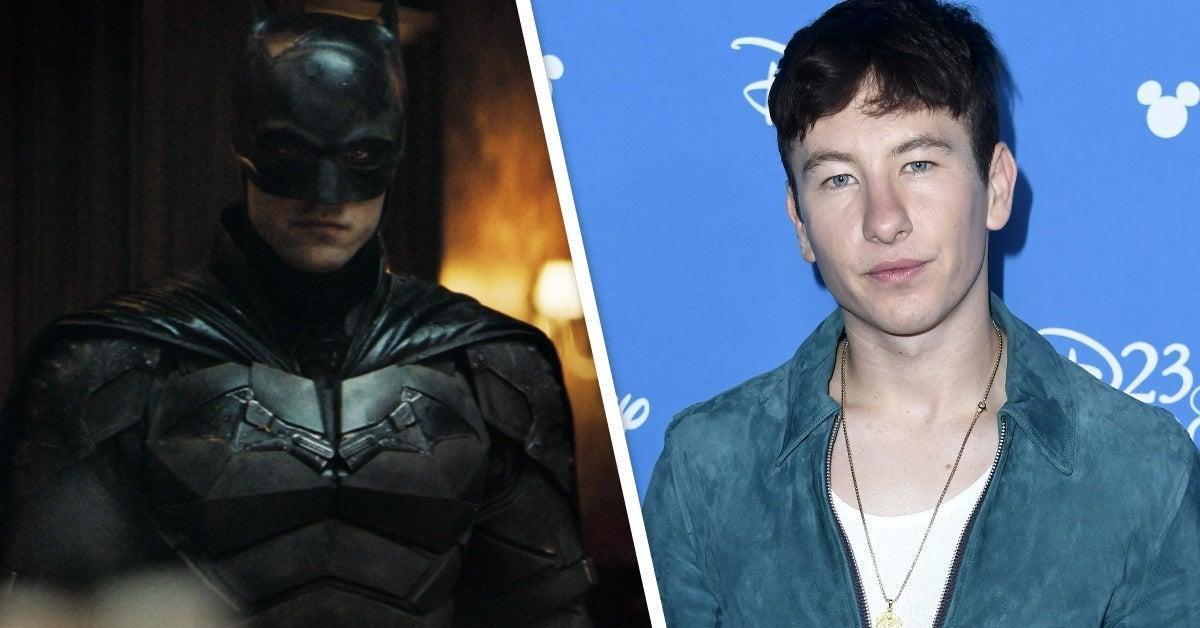 The Batman is now out to the masses, and the DC Comics epic has undoubtedly left viewers with a lot to process. The nearly-three-hour blockbuster presented Matt Reeves’ unique vision for the DC universe, with a star-studded ensemble cast portraying new takes on iconic characters. Among a long-rumored member of the cast was Eternals and Dunkirk star Barry Keoghan, who was first publicly added to The Batman shortly after the project’s first trailer dropped. Months of speculation ensued about who Keoghan would be portraying in the film — and fans definitely got their answer within the finished product. Major spoilers for The Batman below! Only look if you want to know!

In the film’s final moments, as we began to experience the fallout of Edward Nashton / The Riddler’s (Paul Dano) flooding Gotham City, we also saw Nashton (from prison) becoming dismayed about how his plan was partially foiled by Bruce Wayne / Batman (Robert Pattinson). A heavily-scarred man in the cell next to him (played by Keoghan) tried to calm him down and commiserated, and ominously offered to be Nashton’s friend. The man then laughed — the unmistakable laugh of The Joker.

This is completely different from the role that Keoghan was initially reportedly cast as, with the initial official listing arguing that he was playing Stanley Merkel, a somewhat-recurring Gotham police officer. In the months that followed, rumors began to swirl that he was really portraying The Joker, and that Warner Bros. was potentially testing two separate cuts of the movie with and without his scene.

Ultimately, Keoghan’s appearance did make it through to The Batman — opening a whole new can of worms as to how his story could unfold in future installments, whether that be the already-buzzed-about sequel to the film, or the number of spinoff series that are currently in the works for HBO Max.

“I really believe in what we’ve done and I’d be excited to tell more stories… We are already telling other stories in the streaming space, we’re doing stuff on HBO Max, we’re doing a Penguin show with Colin [Farrell], which is gonna be super cool,” Reeves shared with The Independent at The Batman‘s premiere. “And we’re working on some other stuff, too, but we have started talking about another movie.”

The Batman is now playing exclusively in theaters.