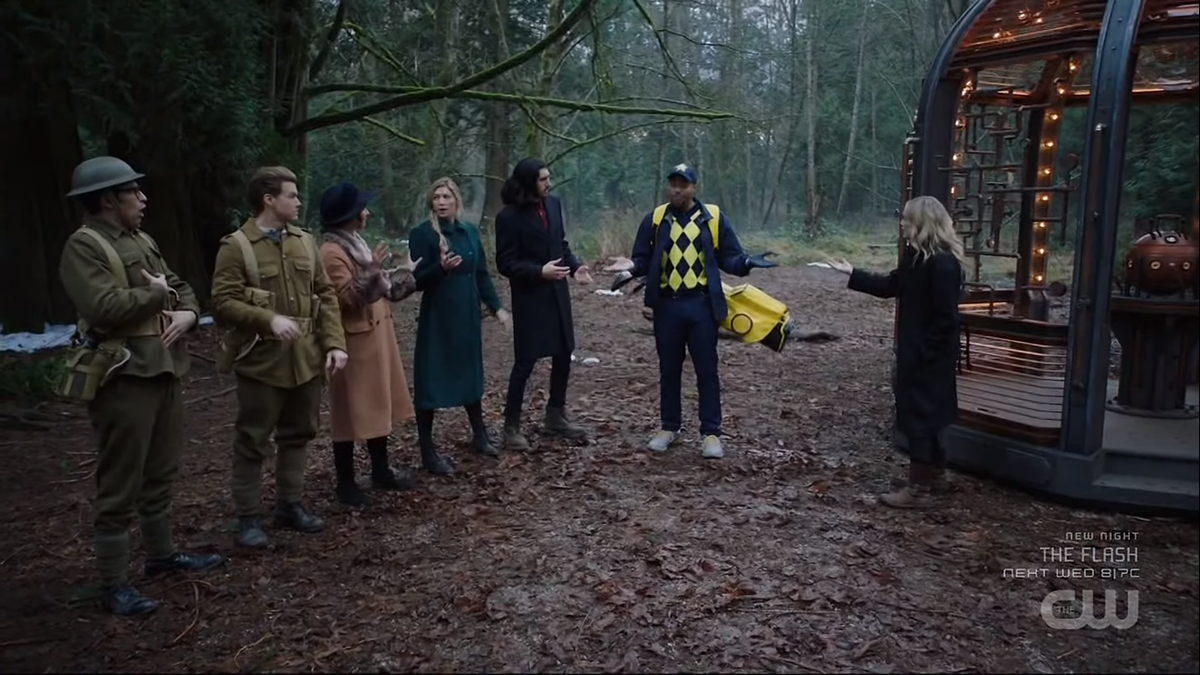 Tonight’s episode of DC’s Legends of Tomorrow sets up a presumptive eighth season in style, introducing the first major DC hero to join the series in years. As many fans have expected, Donald Faison appeared as a mysterious time-traveler who first only called himself “Mike,” although his motif of blue and yellow stars certainly gave away who he was before the series officially said the words. In the final moments of the episode, though, it happened. “I’m Booster Gold, OK?” Mike said, and a moment later, we got to hear Sara Lance (Caity Lotz) be the first Arrowverse superhero to say the name “Booster.”

Of course, this isn’t exactly the “legendary entrance” Booster Gold would have wanted for himself. He learned that his job protecting a fixed point was essentially a way to get him out of his boss’s hair, and then stole the Waverider and managed to get the whole team arrested. Still, for executive Phil Klemmer, this was a debut that was years in the making.

“His name has come up I feel like every single season, as far as back as I can remember,” Klemmer told ComicBook. “And it seems maybe the one time that we didn’t expect him, was the one time he landed in our laps. I’m forever grateful for DC and for [DC’s creative director for TV] Kim Roberto, who is covering our show. We were not expecting it. I don’t know how those things work. I don’t know what goes on. DC is a fancy, shiny building; I feel guilty even stepping into the fancy lobby. So I don’t know what happens in there. I just know that someone in there, we owe a giant fruit basket.”

And fans will likely be quick to point out that Michael Jon Carter’s costume isn’t just an affectation; it’s the source of his powers. So how is he a time-traveler, but we first meet him wearing his golf clothes?

“Even though many of our fans have already guessed the identity of Donald Faison’s character (even before the airing of the finale), we wanted to hold off on the name Booster Gold until the end of the episode,” Klemmer explained. “That was one reason to hold back on the suit. The other was logistics. It takes forever to design such a costume, and we were in the final Season 7 sprint when Donald joined the show. Finally, if and when Booster does get his costume in Season 8, it seems worthy of an entire story or perhaps stories.”

There’s a little history being honored here: remember that during the original run of Booster Gold in the mid-1980s, writer/artist Dan Jurgens didn’t reveal Booster’s true origin until several issues in.

You can catch the season finale of DC’s Legends of Tomorrow on The CW‘s website tomorrow, or buy it on SVOD platforms like iTunes and Vudu.