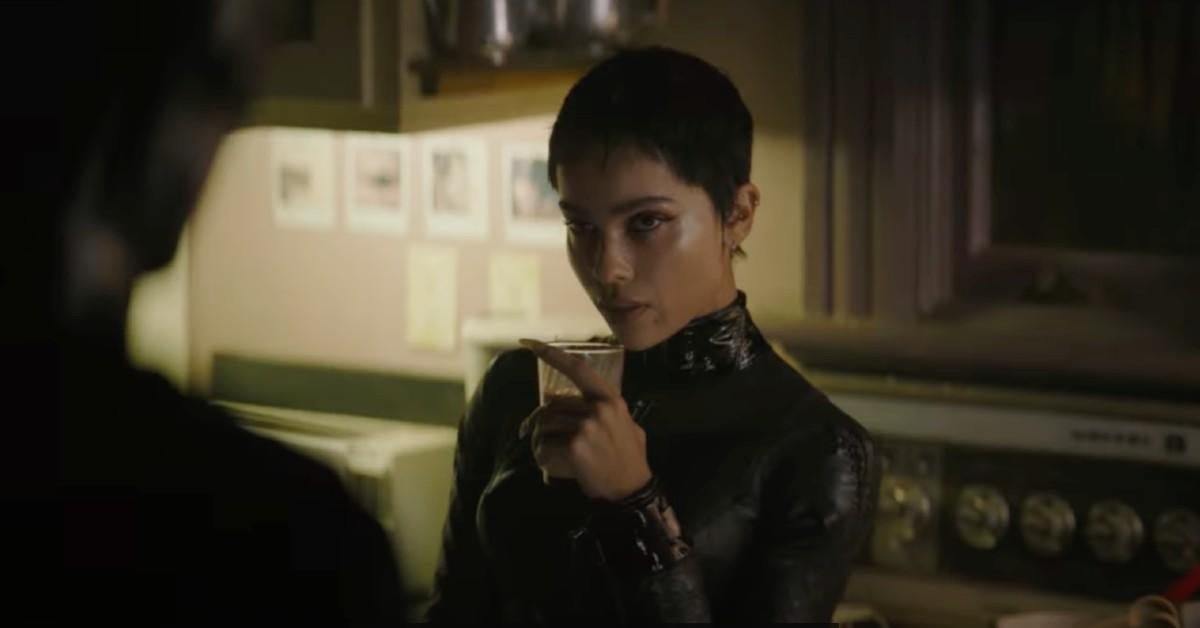 The Batman finally arrives in theaters this weekend, and fans are definitely excited to see its new ensemble cast establish itself within the DC multiverse. Among the film’s cast members is Zoe Kravitz, who will be portraying Selina Kyle / Catwoman in the epic. Ahead of the film’s official premiere, it looks like two significant people in her life — her boyfriend Channing Tatum and her former-stepfather Jason Momoa — are crossing paths to cheer her on. On Monday, Momoa took to Instagram to share a few photos of himself and Tatum headed to the premiere, and expressed that he’s “so beyond proud” of Kravitz.

Momoa, who currently plays Aquaman in the main DC Films continuity, has been vocal about his excitement about Kravitz’s DC debut.

“That’s actually the first thing I said to her — ‘Your life’s going to change,'” Momoa explained in a 2019 interview. “I’ve been hiding for a good solid 18 years and all of a sudden, Aquaman happened and boom! So, that’s the one thing I don’t even know if I’m prepared for — she’s going to be huge. She’s beautiful, she’s talented. She’s going to kill it and [I’ll be like], ‘Well, welcome to the team baby!'”

In The Batman, during his second year of fighting crime, Batman pursues the Riddler, a serial killer who targets elite Gotham City citizens. He uncovers corruption that connects to his own family during the investigation, and is forced to make new allies to catch the Riddler and bring the corrupt to justice. The film’s cast includes Robert Pattinson as Batman, Colin Farrell as The Penguin, Paul Dano as The Riddler, Zoe Kravitz as Catwoman, John Turturro as Carmine Falcone, Peter Sarsgaard as Gil Colson, Jayme Lawson as Bella Real, and Andy Serkis as Alfred Pennyworth.

”I obviously understand the gravity of a character like this and what she means to so many people,” Kravitz previously explained during DC FanDome 2021. “But what felt really important was to really focus on the story that we’re telling in this moment, you know, and try and create a real human being. I don’t want her to be an idea. You know, I want her to be a real human being in a real situation, in a real city, trying to survive and reacting to her own pain, and her history. So I really, really focused on this particular story in this particular moment in this woman’s life.”

“I think it was about trying to find a way to ground her, so that she felt like she had an emotional journey that made sense for who she was that ended up being Selina Kyle, but was one that we hadn’t seen before. And yet, in some ways, it does connect to the comics. I mean, that’s the thing which would be fun to share with an audience is that there are very there are a lot of iconic Selina Kyle aspects to the story, but I don’t think any version of any of the Batman stories that have done any Selina stuff have done it in this way.”

Are you excited for Zoe Kravitz’s take on Catwoman in The Batman? Share your thoughts with us in the comments below!

The Batman is currently set to be released on March 4th.