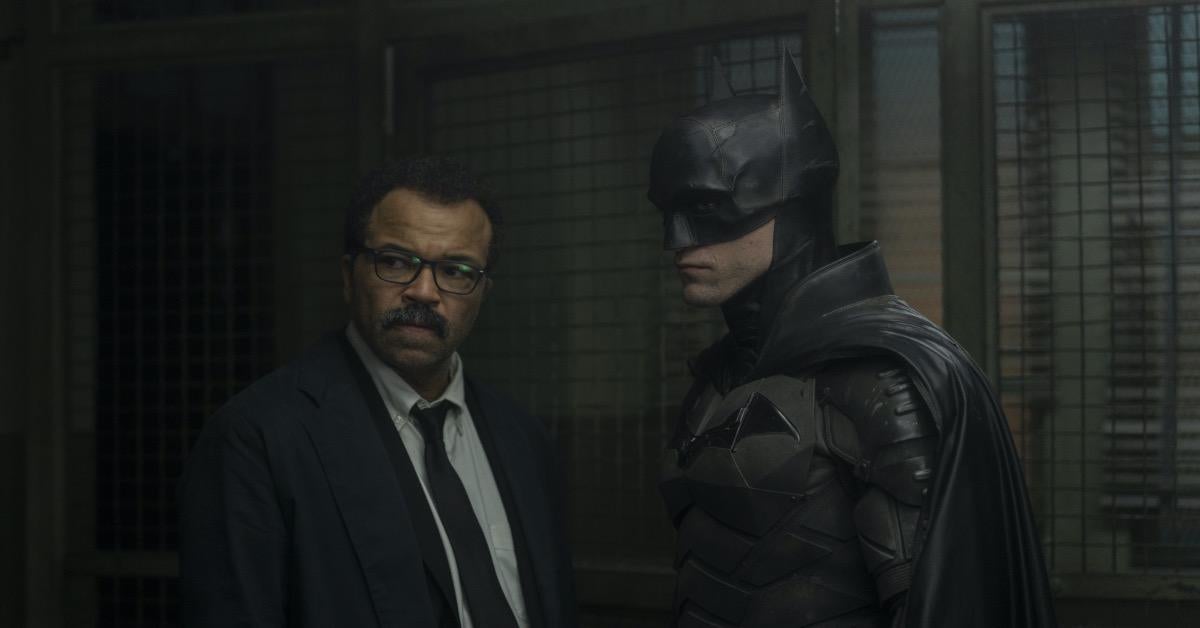 Jeffrey Wright says The Batman is set “post-origin story” and builds the foundation for the famed partnership between Batman (Robert Pattinson) and Gotham PD Lieutenant Jim Gordon (Wright). Matt Reeves directs the grungy reboot reimagining Riddler (Paul Dano), Penguin (Colin Farrell), and Catwoman (Zoe Kravitz) as early-days rogues yet to transform into their colorful-costumed counterparts of the comics, their evolutions inspired by Batman’s presence in Gotham City. By the time of The Batman, set in the second year of Bruce Wayne’s caped crusade, Gordon and the vengeful vigilante are allies, but the relationship is “at the ground floor.”

“This is Year Two,” Wright told The Independent. “So it’s a bit of a post-origin story for Batman. But that said, we are at the ground floor of the building of the relationship between Batman and Gordon… it’s still new and maturing. And so that’s where we are at the beginning of our film and we take it from there and we see where it goes.”

While not an adaptation of any one comic book story, Reeves has named Batman: Year One and Batman: The Long Halloween as two comic book influences on the movie. Both stories take place in the early years of the Dark Knight, who comes to trust Gordon in their mutual war against the corruption and crime of Gotham City.

“Matt’s Gotham is a very specific one,” Wright said of the rainy, moody Gotham in the grip of gangster Carmine Falcone (John Turturro). “And I think, a justified one. It’s one that, we hope, is an advancement in the historical arc of this series that goes back to 1939 [when Batman first appeared in the comics]. But he’s chosen to ground it in a noir-ish tone and energy and it’s very much focused on mystery and the sleuthing side of things, particularly of course for Batman and Gordon. So it’s grounded in an authenticity that I think is a fresh lens on the series.”

Gotham plays a role in the Gotham PD spinoff series in the works for Reeves’ expanding Batverse. Reeves executive produces the cop drama for HBO Max, described as an “examination of the anatomy of corruption in Gotham City” that will “further explore the myriad of compelling and complex characters of Gotham.”

Watch ComicBook’s exclusive interview with Wright in the player above.