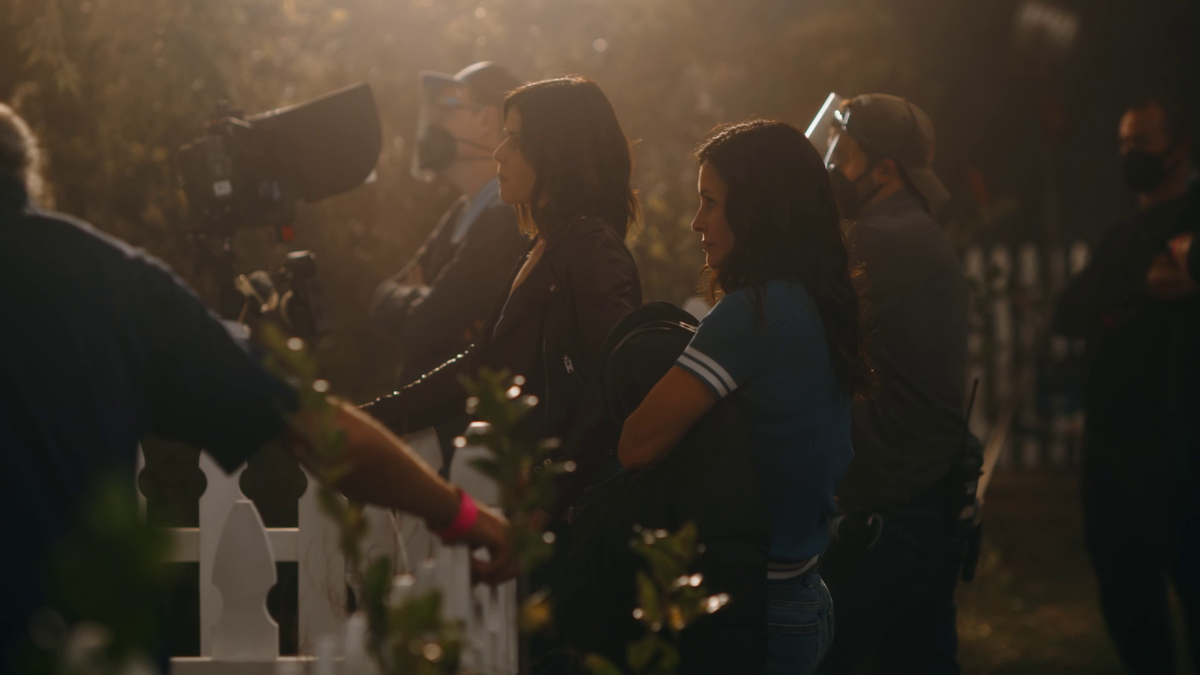 The new Scream had the challenging task of bridging the franchise’s past with its future, both in literal and figurative ways, which included having the ending of this film unfolding in the same locale as the finale of the debut 1996 film. One difference, however, is that the production was able to recreate the original home on a soundstage to an impressively precise degree, which ignited a number of unexpected feelings among the cast and crew. Ahead of the film’s debut on 4K Ultra HD, Blu-ray, DVD, and Digital HD, you can check out the above featurette about how the climactic sequence was brought to life. Scream lands on Digital HD on March 1st and on 4K Ultra HD, Blu-ray, and DVD on April 5th.

Hailed as “a breathless, razor-sharp slasher worthy of the legacy” (Meagan Navarro, Bloody Disgusting), the much-anticipated new Scream from Paramount Pictures and Spyglass Media Group arrives for purchase on Digital March 1st with killer bonus content. The terror comes home on 4K Ultra HD, Blu-ray, and DVD on April 5th from Paramount Home Entertainment. In addition, fans can own both the new 2022 movie and the original 1996 hit in a Scream 2-Movie Collection on 4K Ultra HD or Blu-ray.

Certified Fresh on Rotten Tomatoes, the new Scream reunites Neve Campbell, Courteney Cox, and David Arquette who come together to help a group of fresh victims…and uncover a host of new suspects. The Digital, 4K Ultra HD, and Blu-ray releases are gushing with to-die-for bonus content, including deleted scenes, interviews with the new and returning cast, plus a look at the legacy of horror legend Wes Craven.

Special features on 4K Ultra HD, Blu-ray, and Digital HD are as follows:

Scream lands on Digital HD on March 1st and on 4K Ultra HD, Blu-ray, and DVD on April 5th.

Will you be adding the film to your collection? Let us know in the comments below or contact Patrick Cavanaugh directly on Twitter to talk all things Star Wars and horror!