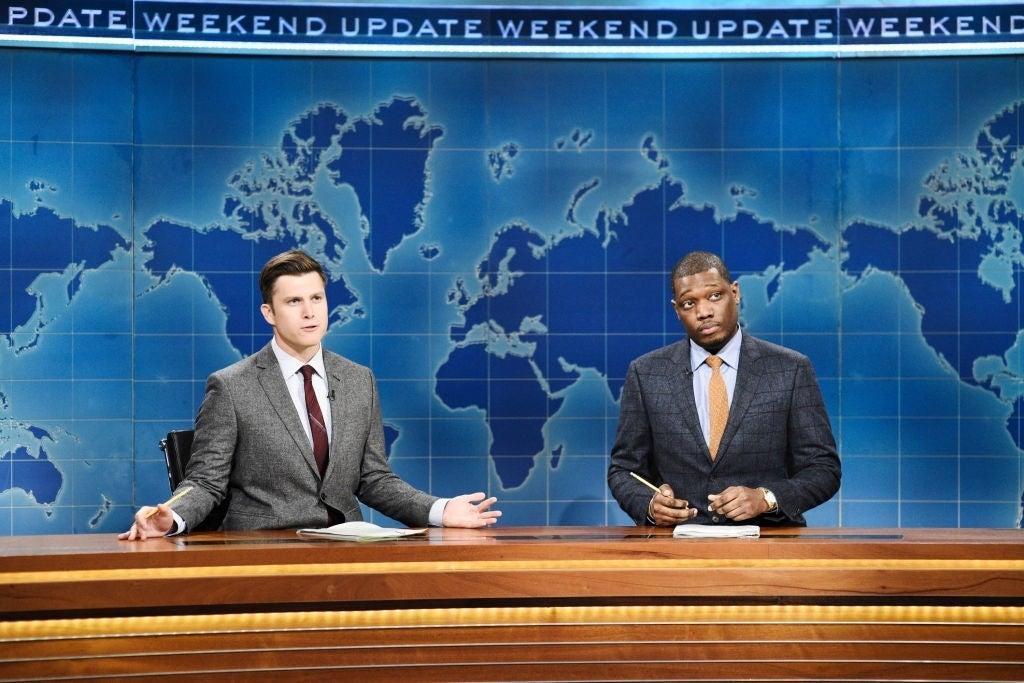 Clocking in at just under five minutes, Saturday’s segment of “Weekend Update” on Saturday Night Live left fans with much to be desired. After the segment was suddenly cut short, fans watching the live sketch comedy quickly took to social media to express their frustrations with the bit. Enough so, Weekend Update became a Twitter trending topic as the show was still airing.

Featuring head writers Colin Jost and Michael Che, this week’s segment was an “Oops All Jokes” spin on the weekly faux news broadcast. While standard Update segments have at least two guests, no one was involved outside of Jost and Che this time around.

Keep scrolling to see what people are saying.

#SNL Wow, no characters on Weekend update? When was the last time THAT happened?

weekend update oops all jokes?????? oh some shit is about to go down #SNL