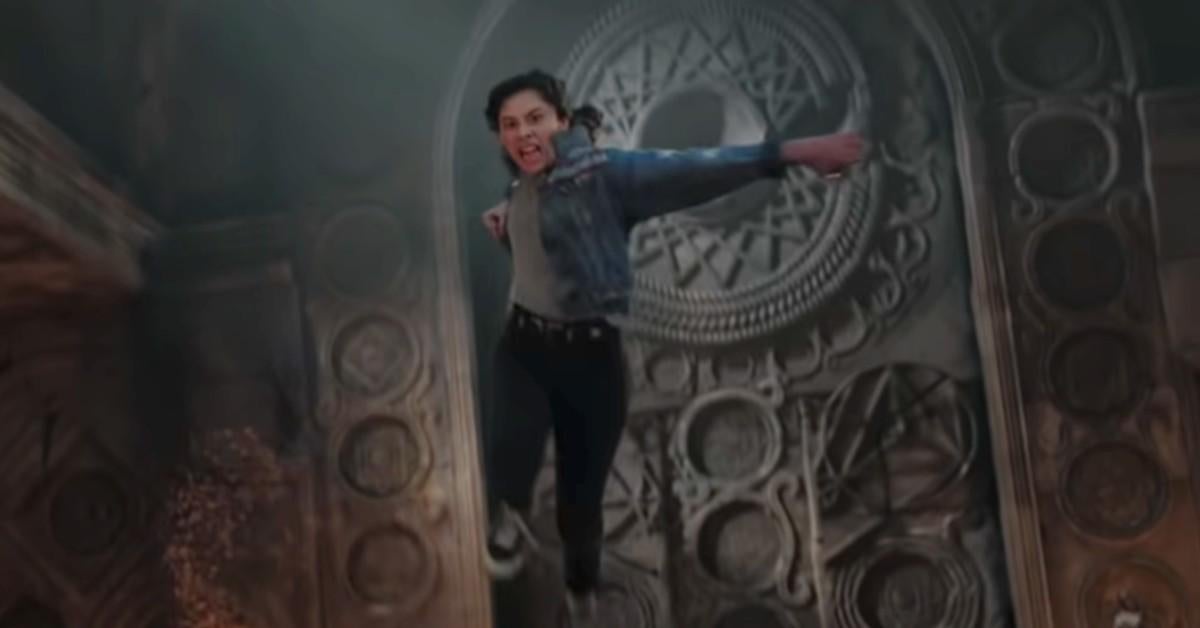 Xochitl Gomez will officially make her debut in the Marvel Cinematic Universe during the events of Doctor Strange in the Multiverse of Madness, and she’s already getting some advice from the franchise’s heaviest hitters. In the latest issue of D23 Magazine (via The Direct), Gomez said Elizabeth Olsen gave her some of the most important advice she’s heard to date: to make sure to give Marvel her input on both the story and role at hand.

As Olsen put it, per Gomez, Marvel is just as collaborative of a studio as they come and wanted Gomez to realize that.

“She told me that Marvel really means it when they say they want your input. She said I should never hesitate to share an idea with them or give them feedback,” the actor told the magazine. “I am glad she told me that because it gave me more confidence to put my two cents in whenever I had something useful to add. I am just happy I can say Lizzie Olsen gave me advice!”

Gomez added that she’s a big fan of her costar, “I watched every move she makes. I loved watching her prepare for scenes because she’s such an incredible actress. And she’s just so cool and friendly; I really like her.”

Little has been revealed about Gomez’s future in the Marvel Cinematic Universe, and she’s yet to hit the press tour for the film. On the red carpet premiere for Shang-Chi last year, however, she expressed her excitement at joining Hollywood’s beloved franchise.

“Well I can’t say too much – especially since Kevin [Feige] is like right there,” Gomez joked. “But what I can say is that I’m very excited for the movie [Doctor Strange 2] to come out, and I’m just really excited for people to see my work on screen. I mean I really put so much work into it and I’m really, really, so proud of it. And I’m just excited for it to come out. I’m just excited to be here, number one! And I’m such a fan of Marvel in general so being here is just like… I’m just shaking being here and being invited, ah!”

Doctor Strange in the Multiverse of Madness hits theaters May 6th. What other characters do you think will end up appearing in the upcoming feature? Let us know your thoughts either in the comments section or by hitting our writer @AdamBarnhardt up on Twitter to chat all things MCU!