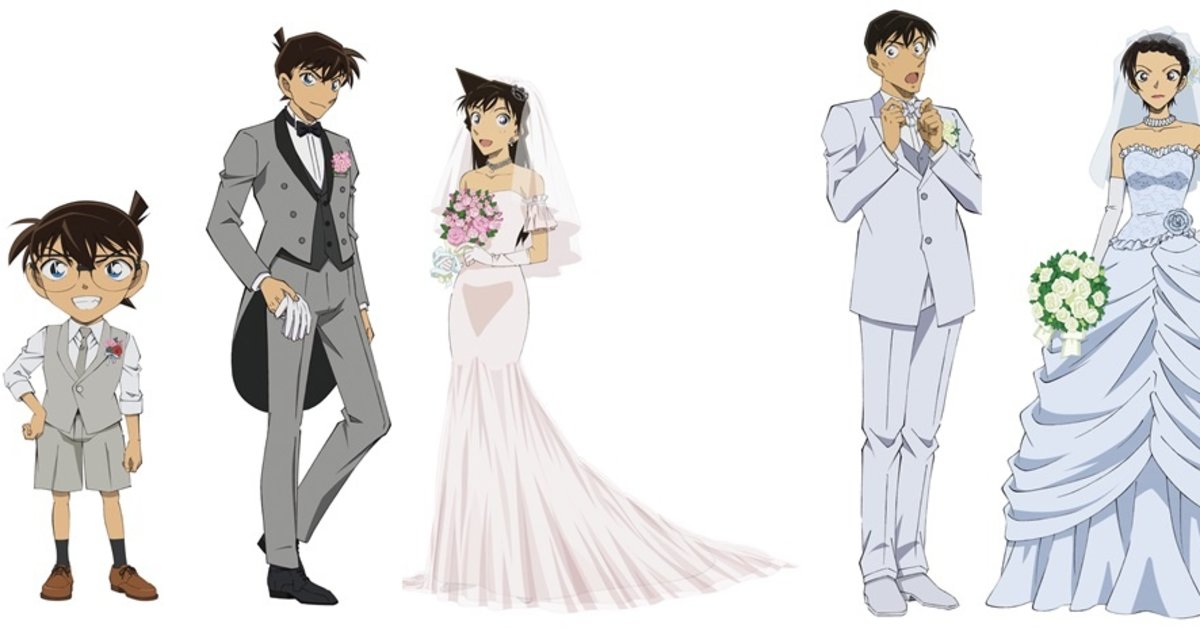 The visual features Shinichi Kudo and Ran Mori, and detectives Wataru Takagi and Miwako Sato as couples, as well as Conan and Ai Haibara as guests.

Originally a manga series by Gosho Aoyama, Detective Conan revolves around high school detective Shinichi Kudo, who has reverted to the appearance of a small child after being poisoned by the mysterious Black Organisation.

The franchise’s 25th anime film, The Bride of Halloween kicks off during Halloween in Shibuya, Tokyo, where Sato and Takagi are getting married. After the festivities are violently interrupted, Conan and Rei are caught up in a mystery involving a series of bombings from three years ago.

Detective Conan: The Bride of Halloween opens at theaters across Japan on April 15, 2022.