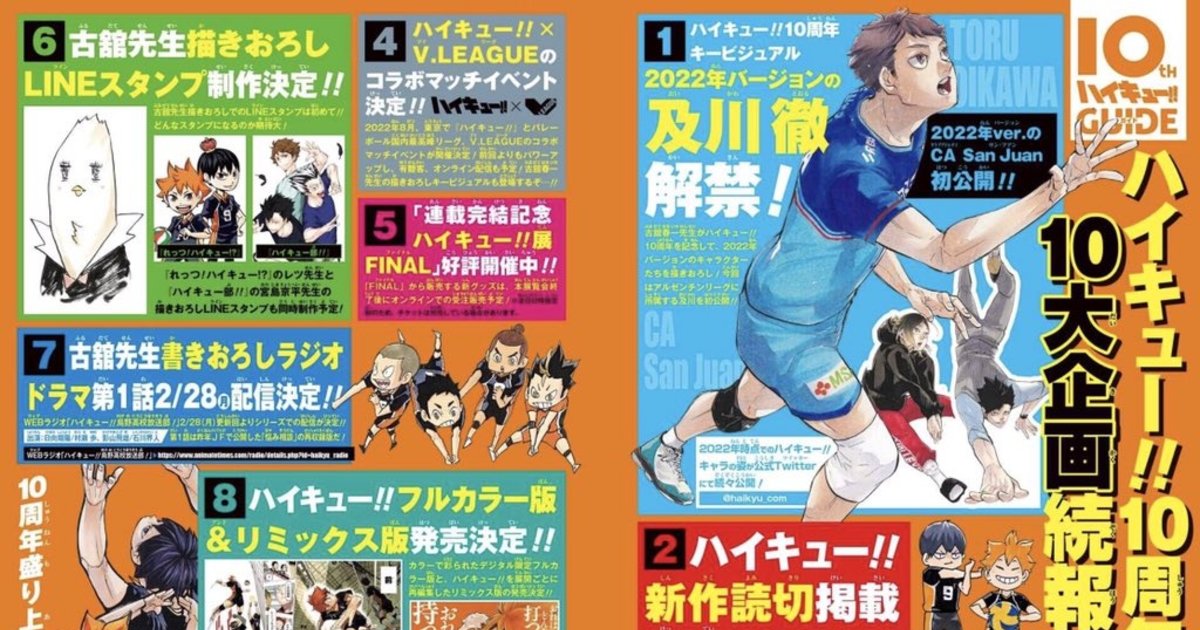 Hit volleyball manga Haikyu!! is set to receive a new one-shot manga for its 10th anniversary!

The one-shot will focus on the lives of Hinata and his friends in 2022. While a release date is yet to be announced, it will be published in an issue of Weekly Shonen Jump.

The anniversary celebrations also include a key visual of Toru Oikawa by original author Haruichi Furudate, an anniversary book, and full color and “remix” versions of the manga.

First released in 2021, Haikyu!! follows the adventures of Karasuno High School’s boys volleyball team as they play their way to the top.

More info on the manga’s 10th anniversary projects will be revealed in due course.