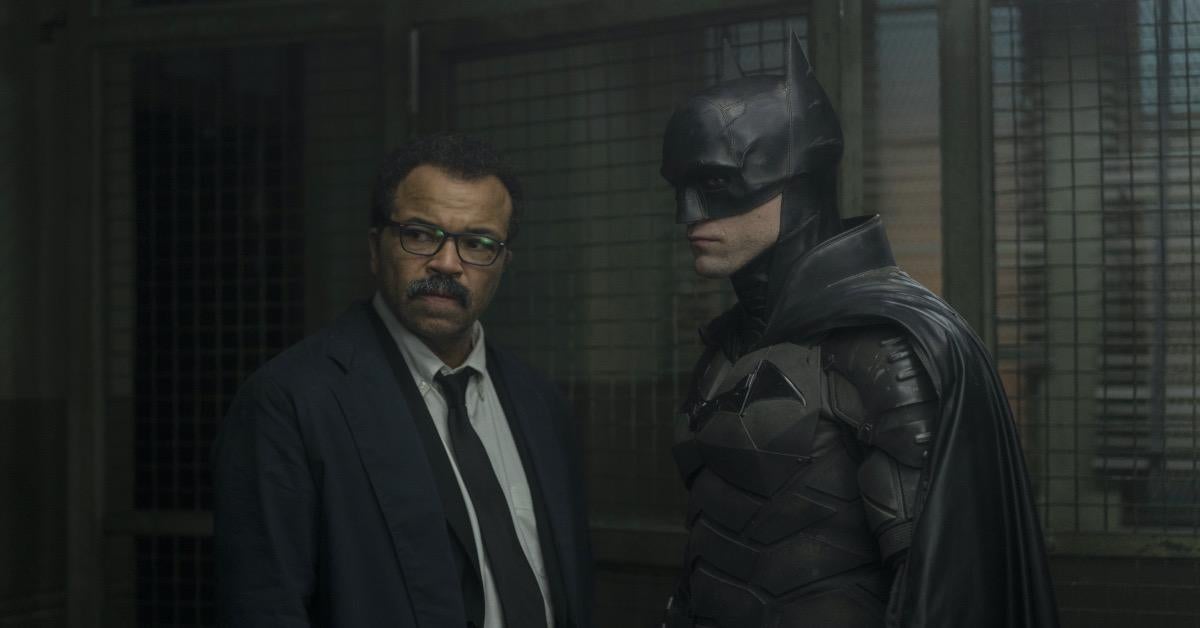 The Batman scored a new trailer during NBA All-Star Weekend on TNT, revealing a peek at the game between the Dark Knight (Robert Pattinson) and the Riddler (Paul Dano). “This is your legacy, Bruce Wayne,” says the distorted voice of the clue-dropping serial killer threatening to unmask the truth about Gotham City. During Saturday’s Skills Challenge from the Rocket Mortgage FieldHouse in Cleveland, Ohio, the cryptic Batman rogue hijacked the broadcast before revealing the newest footage from The Batman. Watch the teaser below.

The Riddler, a.k.a. the enigmatic Edward Nashton, is “by far the most major adversary” the Dark Knight detective has come across in his two years as Batman, Pattinson said in a previously released featurette. “The Riddler seems to know secrets about Batman that even Bruce didn’t know.”

Riddler leaves a trail of cryptic clues for Batman and Gotham City Police Lt. Jim Gordon (Jeffrey Wright), taunting the do-gooders as they work together to stop the sadistic serial killings targeting the Gotham elite. This puzzling enemy is “addressing everything directly to Batman,” said Pattinson. “He wants to end up punishing the Riddler because he’s being a mirror to Bruce’s secrets.”

Two years of stalking the streets as the Batman (Robert Pattinson), striking fear into the hearts of criminals, has led Bruce Wayne deep into the shadows of Gotham City. With only a few trusted allies — Alfred Pennyworth (Andy Serkis), Lt. James Gordon (Jeffrey Wright) — amongst the city’s corrupt network of officials and high-profile figures, the lone vigilante has established himself as the sole embodiment of vengeance amongst his fellow citizens. When a killer targets Gotham’s elite with a series of sadistic machinations, a trail of cryptic clues sends the World’s Greatest Detective on an investigation into the underworld, where he encounters such characters as Selina Kyle/aka Catwoman (Zoë Kravitz), Oswald Cobblepot/aka the Penguin (Colin Farrell), Carmine Falcone (John Turturro), and Edward Nashton/aka the Riddler (Paul Dano).