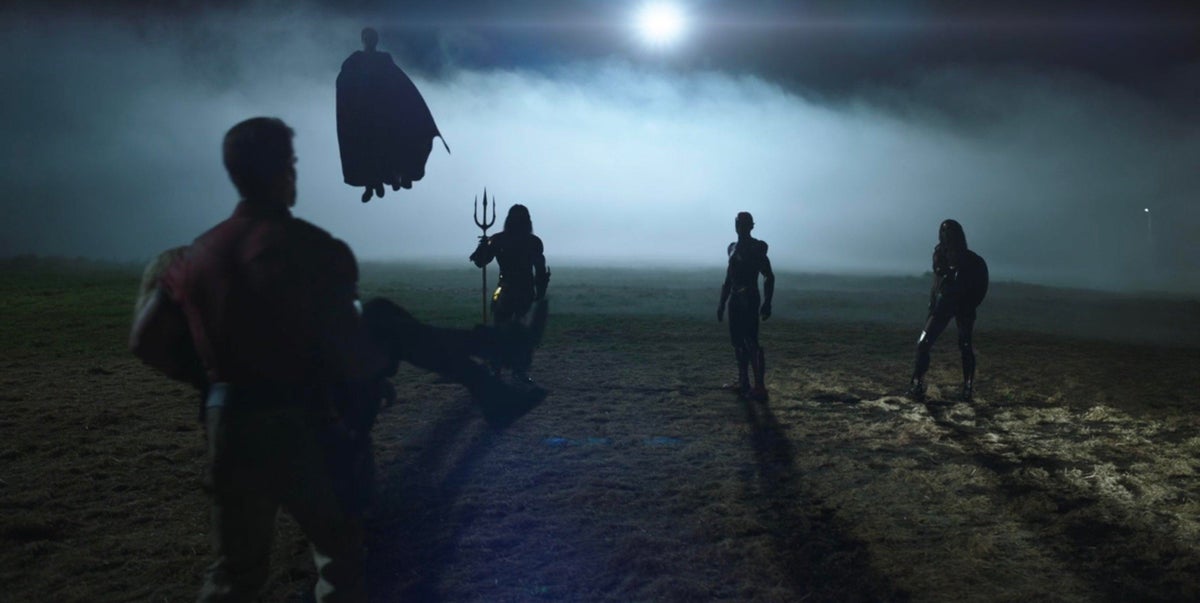 The finale of Peacemaker hit HBO Max this week, and it featured a surprising cameo from (some of) the Justice League. After Peacemaker (John Cena) and the team took down “the cow” and stopped the butterflies, Superman, Wonder Woman, The Flash, and Aquaman all showed up to lend a hand. The famous team of heroes was too late, which led to a hilarious little moment between them and the show’s stars. While Jason Momoa and Ezra Miller actually appeared in the episode, both Gal Gadot and Henry Cavill were replaced by body doubles. This week, fans got a behind-the-scenes glimpse at the shadowy Wonder Woman, and now Superman actor Brad Abramenko is showing off his own bts photo.

“My dream came true when I became the 12th superman. An honour to slip into @henrycavill suit! Season finale of @hbomaxpeacemaker on @hbomax #superman #dcuniverse #dc #justiceleague #actor #peacemaker #dccomics #comiccon #dccosplay.” Abramenko wrote. You can check out the photo below:

Originally, the Justice League moment was also supposed to include Batman and Cyborg. Actor Matt Turner explained his situation in post. “After that epic #peacemaker finale I can finally post this. Sadly I (& Cyborg) were cut from the final edit. Why? Only @jamesgunn & @warnerbrosentertainment know that. While it’s disappointing to be scrubbed out, this was still a blast, and a dream come true to wear the suit!!! Big thanks to everyone involved!!”

Earlier this week, James Gunn talked to Variety about the choice to have just Wonder Woman, The Flash, Superman, and Aquaman present. “I don’t know what I can – there are reasons for it, but I’m actually uncertain whether I can say what those reasons are,” the director admitted. “It might have to do with future stuff.”

As for the future of Peacemaker, it was revealed last week that the series had been renewed for a second season. “That’s right, #Peacemaker is coming back for Season Two. Thanks to Peter Safran, @JohnCena, our incredible cast & crew, our wildly supportive & lovely friends at @hbomax – and mostly all of you for watching! @DCpeacemaker,” Gunn wrote on Twitter.

Peacemaker debuted on HBO Max last month, and it’s a hit among critics and fans alike. The new DCEU series is a follow-up to Gunn’s The Suicide Squad, which was released last year. Peacemaker sees Cena’s character joining forces with a new team in order to take down an alien species dubbed “butterflies.” Currently, Peacemaker is up on Rotten Tomatoes with a 94% critics score, which means it’s officially the highest-reviewed project in the entire DCEU. ComicBook.com‘s own Jenna Anderson gave the series a 4 out of 5 and called it an “action-packed, profane, and bizarre story that perfectly suits its protagonists.”

The first season of Peacemaker is streaming on HBO Max.