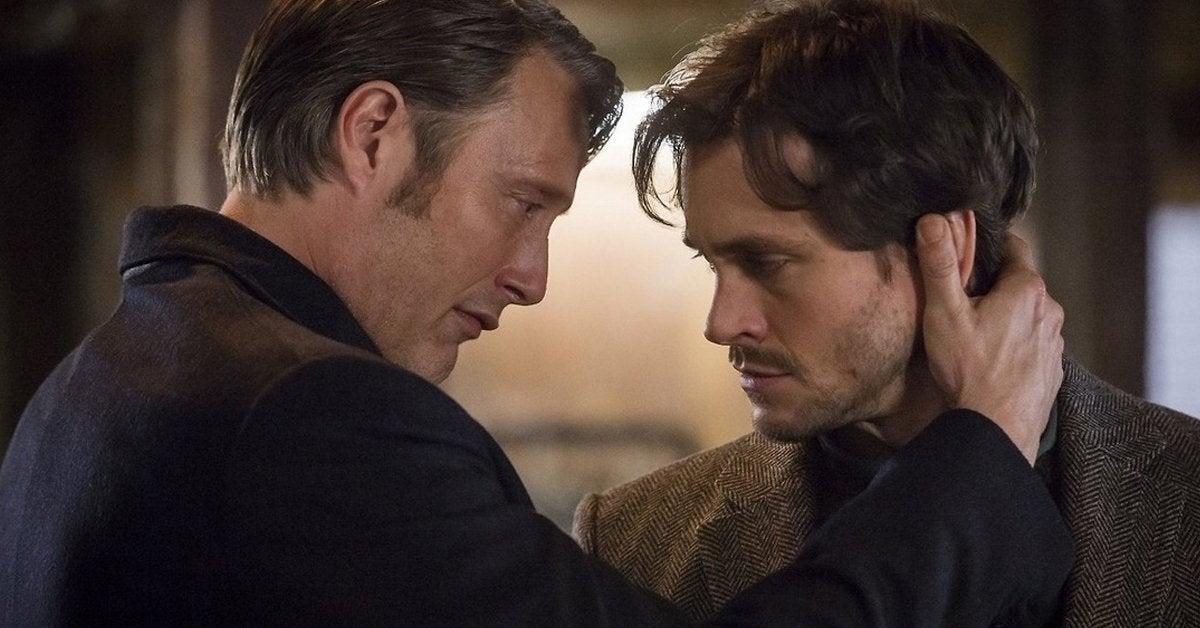 One of the prevailing touches of the Hannibal TV series, especially within its fandom, was the relationship between Mads Mikkelsen‘s titular cannibal and Hugh Dancy‘s Will Graham, specifically how they seemed to always be learning towards more than friends. The series finale of the show brought the pair together closer than ever but stopped short of having them finally lock lips and complete the shipping of fans everywhere. Speaking in a new interview, series creator Bryan Fuller reflected on the TV series and revealed that if given the chance he wished he could show the pair kissing in the last episode.

“There were several takes and there was never any actual lip locking,” Fuller revealed to EW. “But there was a lingering [in one take] where Mads’s lips parted, hovering over Will’s mouth in a way that went on… For a while. When I was watching dailies, it seemed like an eternity. The issue for me was always, I didn’t want to make their love story expectational or artificial or forced. I always wanted it to be organic. I didn’t know in that moment if it would cross over into that level of physicality beyond holding each other, and there was something about holding each other and leaning in to each other and looking deeply into each other’s eyes that felt more authentic and more romantic to me than a kiss ever would.”

“But if I had to do it again, I might suggest to kiss and see how it played. But neither of the actors were ever afraid of going there. If there were any concerns, it was always just about the remaining authentic. That certainly was my goal because, yes, I absolutely wanted to see them kiss. That would be wank bank material for the best of us [Laughs]. But I was just really trying to maintain authenticity in the moment. The shot that’s in there felt the most authentic and felt like it struck the right balance. But if I could get back into the editing room, I might do something differently now.”

This August will mark seven years since Hannibal ended after three seasons and in the time since the calls for a revival or another season have only intensified. As the calls continue to erupt for more, even the cast and crew involved with the series have expressed interest in coming back.

“I would love to go back,” Mikkelsen said to Vulture about a possible final season last year. “Everybody wants to go back, and if there’s only one season and we’re sure about that, [creator Bryan Fuller] can finish it in a proper, surprising, stunning way.”

Perhaps we’ll get that kiss after all.