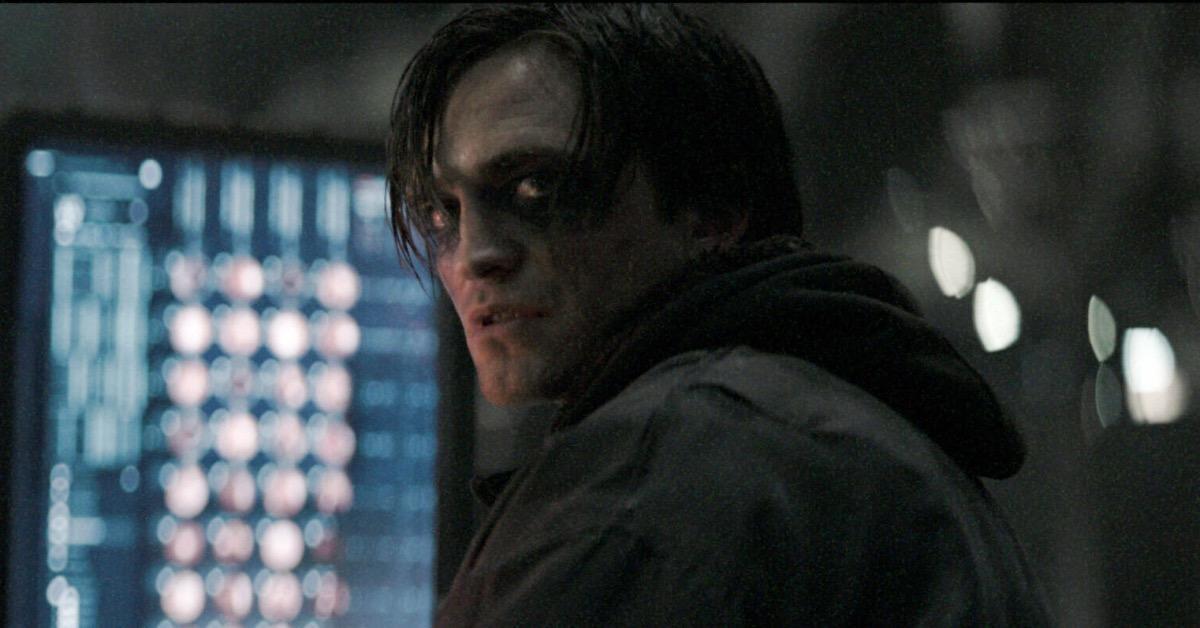 Bruce Wayne’s (Robert Pattinson) secret identity is the greatest puzzle of all in a revealing new featurette for The Batman. “I’ve been trying to reach you. You’re part of this too, Bruce,” says the enigmatic Edward Nashton (Paul Dano), whose trail of cryptic clues sends the Dark Knight detective on an investigation into the criminal underworld. As he threatens to unmask the truth about the corrupt and crime-infested Gotham City, the Riddler raises question marks about the Waynes and reveals secrets long believed buried. “All these years,” Pattinson’s younger Wayne is heard saying to his most trusted ally, Alfred Pennyworth (Andy Serkis). “You lied to me.”

The Riddler is “by far the most major adversary he’s come across,” Pattinson says in the Little Caesars Sneak Peek of The Batman featurette. “The Riddler seems to know secrets about Batman that even Bruce didn’t know.”

The Riddler is “addressing everything directly to Batman,” says Pattinson, who gets an ally in feline fatale Selina Kyle (Zoe Kravitz). “He wants to end up punishing the Riddler because he’s being a mirror to Bruce’s secrets.”

Director Matt Reeves has described The Batman as an origin story for the Riddler, who emerges at the same time as proto-versions of Catwoman (Kravitz) and the Penguin (Colin Farrell).

The Batman is an edgy, action-packed thriller that depicts Batman in his early years, struggling to balance rage with righteousness as he investigates a disturbing mystery that has terrorized Gotham. Robert Pattinson delivers a raw, intense portrayal of Batman as a disillusioned, desperate vigilante awakened by the realization that the anger consuming him makes him no better than the ruthless serial killer he’s hunting.