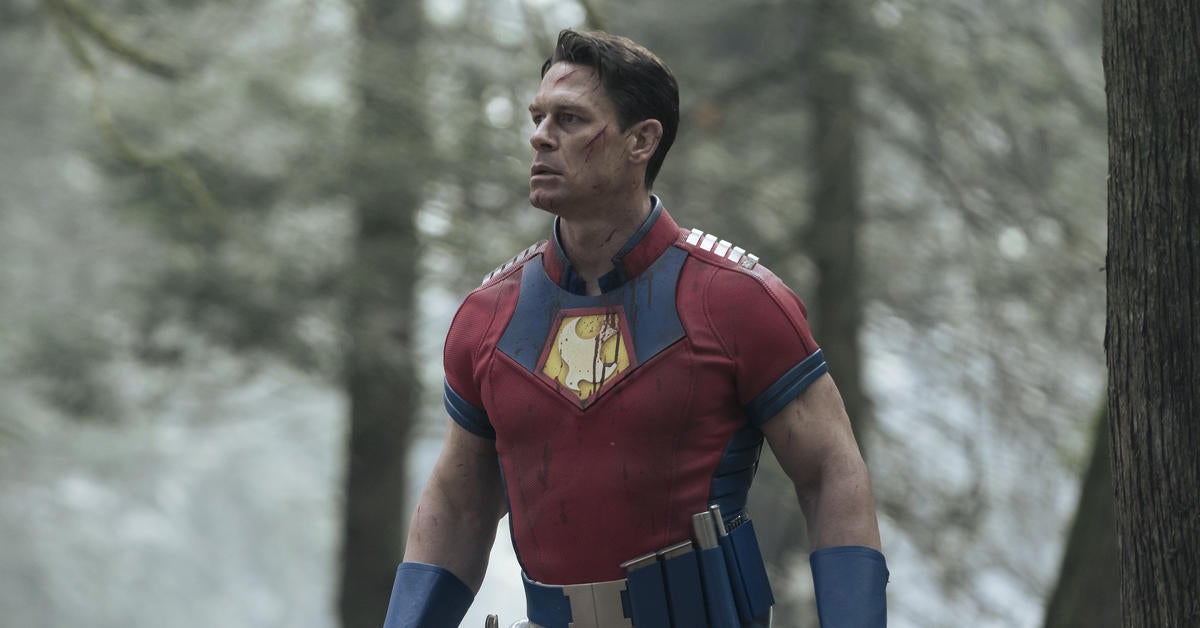 The first season of HBO Max‘s Peacemaker is officially in the books, capping off a wild and unexpected story set within the DC universe. Thursday’s season finale not only managed to put a cap on some of the biggest and emotional storylines of Season 1, but teased what could be in store for the series in its potential sophomore debut, all while factoring in some genuinely surprising character appearances. Along the way, the emotional arc of Christopher Smith / Peacemaker (John Cena) was taken into new territory — and just so happened to canonize one of his most unique character moments in the comics. Spoilers for the eighth episode of Peacemaker, “It’s Cow or Never”, below! Only look if you want to know!

As Chris and Project Peacemaker prepared to take down Project Butterfly and its alien “Cow” that was providing them food, Chris was visited by a surprising sight — his father, Auggie Smith / White Dragon (Robert Patrick) standing in front of him in plain clothes. Auggie remarked that he’d told Chris he wouldn’t be able to “get rid of him” that easily, which he’d said right before being definitively killed in the previous penultimate episode. Chris attempted to shoot at Auggie, ultimately settling on using a blow dart on him — which Emilia Harcourt (Jennifer Holland) noticed, and saw that he was talking to the air. Auggie then returned again in the season’s final scene, sitting on the porch next to Chris as he commiserated with Goff the Butterfly.

As the seventh episode showed, Auggie clearly died in his White Dragon costume during a fight with Peacemaker and Adrian Chase / Vigilate (Freddie Stroma), which makes the idea of him returning on the show surprising — but also incredibly comic accurate. In the Peacemaker comic miniseries of the 1980s, it was established that Chris’ dad was a man named Wolfgang Schmidt, who had actually served as a Nazi commander in World War II. As a child, Chris witnessed his father’s suicide, and was deeply scarred by the ordeal — which was only made worse when Wolfgang started literally haunting him. While Chris hid these visions of his father from anyone else, and eventually repressed them, they were instrumental in his decision to become a pacifist.

Over the course of the finale, it was made clear that Auggie is now haunting Chris in a similar way — which not only gives an excuse to see more of Patrick’s unique performance on the show, but gives the evolution of Chris’ inner demons and childhood trauma a physical manifest. While we’ll have to see exactly what trouble that causes for Chris in the future, DC fans can at least recognize the bizarre storyline and its roots.

Season 1 of Peacemaker is now available exclusively on HBO Max.