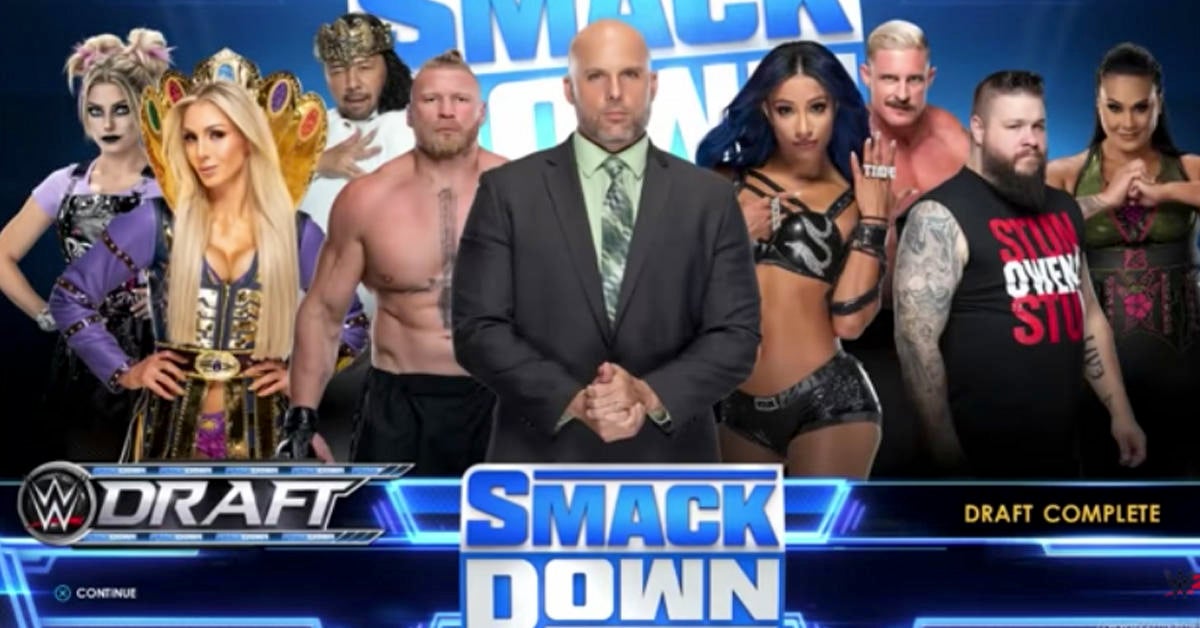 Today 2K pulled back the curtain on a greatly anticipated feature coming to the WWE 2K series in 2K22. That feature is of course My GM mode, and in the new Ringside Report, we got a look at some of the mode’s features, including the General Managers you can pick from. Those are Adam Pearce, Sonya Deville, Stephanie McMahon, Shane McMahon, or a Custom GM. Each one of those has a Power Card that gives you new abilities, which can affect morale or boost abilities. Then there’s the Draft, and it’s important to pay attention to their classes to create a balanced roster, though you’ll also have to pay attention to cost, popularity, and other stats.

The game will give you indicators as to who makes a good match roster-wise, but you can assemble a draft that is completely your own, and that draft can include created players.

Cost will play a big role in how you assemble your roster, as each player starts off with a budget of $2,750,000. Now, that money is actually not just for the draft, but to run your brand (Raw or SmackDown), so if you spend it all in the draft, you will have a harder time at the start creating shows, as money is how you sign free agents, hire enhancement talent, sign legends, and more.

There’s also Show Logistics to consider, which allow you to upgrade your show to play in front of bigger arenas, and then there are other things you can expense like road crew, lights and effects, advertisements, and more. You can also buy Power Cards, like a Health Spa, which lets you rest a wrestler for a bit and get them up to full speed. There are also Commissioner Goals, so Triple H might show up with a special request and if you fulfill it you can gain some big rewards.

You can simulate a show or play the matches as well as spectate, and that mode is exclusive to My GM. You can also put your GM in the action, and then after the match, you get a summary screen that shows you your rating and what your matches brought in as far as money, ratings, and more.

You’ll build up your show by delivering solid pay-per-views in the lead-up to WrestleMania, but there is another element to playing out the year. You’ll be interacting with your superstars and Triple H, and you’ll get requests from them throughout that can affect morale depending on the decisions you make.

We’re definitely excited to see what WWE 2K22‘s My GM mode has to offer, and we can’t wait to try it out for ourselves.

Are you excited for My GM? Let us know in the comments or as always you can talk all things wrestling with me on Twitter @MattAguilarCB!