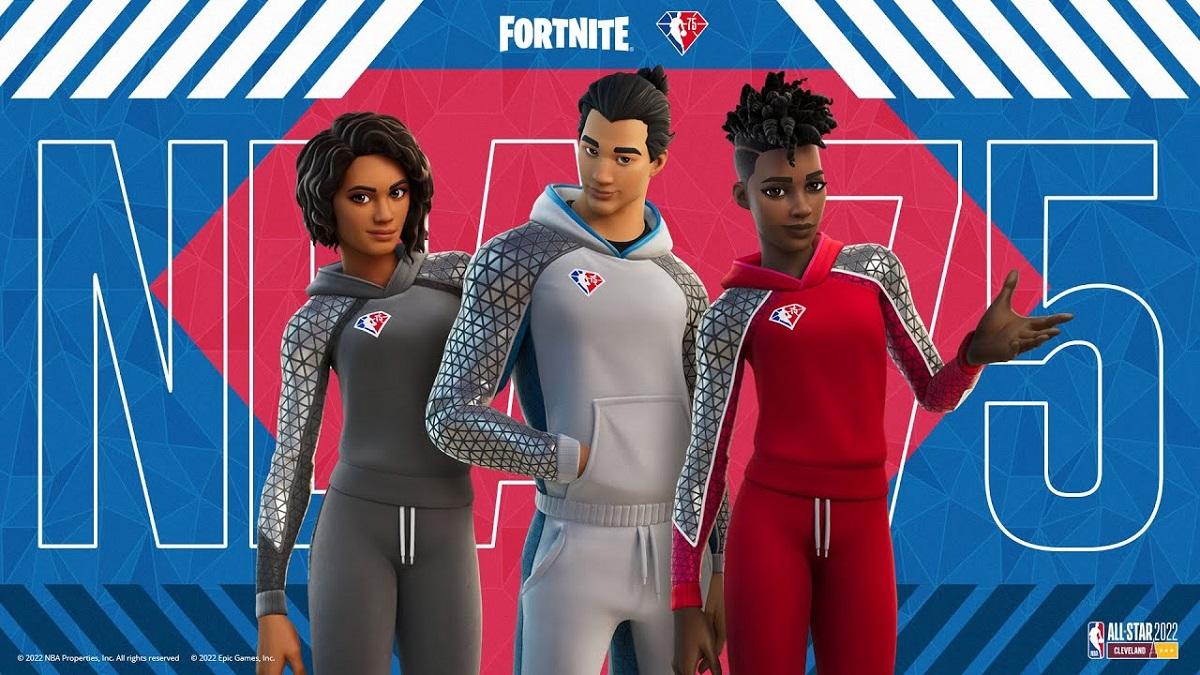 The NBA has returned to Fortnite once more with a new collab live now in the battle royale game in celebration of the league’s 75th season and the upcoming NBA All-Star game. This means that there’s a new NBA hub called the “NBA 75 All-Star Hub” for players to explore as well as new and returning outfits to acquire. For the first time, Fortnite’s players will also be able to cast their votes from within the game to decide which emote gets added during this event.

Of all the new features, the emote vote is perhaps the biggest attraction since it asks players to be involved with the event. To cast your votes, you can head over to NBA Lane in the NBA-themed hub where you’ll see a screen asking you to vote. The options for the new emote include three different celebrations, but only one of them will be added to the game.

Just in time for the NBA All-Star 2022, the @NBA has joined Fortnite again 🏀

Explore the NBA 75 All-Star Hub where you can vote for an NBA celebration to become a future Emote. Also, check out the Shop for new and returning Items!#NBAAllStar #NBA75https://t.co/BlK7CrTx7C pic.twitter.com/AVXJWKtEhQ

“For the first time ever, Fortnite players can vote in-game for a future Emote!” a preview of the new hub area and its features explained. “Live now until 10 AM ET on February 23, 2022, explore the NBA 75 All-Star Hub and its many amenities, including indoor and outdoor basketball courts, photo booths, and lounge areas. The outside area is a section of ‘NBA Lane,’ a nod to the NBA’s season-long campaign in celebration of NBA 75!”

Players get to vote five times a day with the voting chances live until February 23rd. After that, the winning emote will be announced on social media. You can also collect things like a new NBA spray from the hub with additional quests available for players to complete during the event.

For those who either want a new NBA outfit or missed out on some of the old ones that were available previously, you’ll have a chance to take care of that now. The older “In the Paint Set” is back with uniforms from all 30 NBA teams along with two extra uniforms added this time. There’s also another set specific to this event that’s available to purchase.

“There are ten Outfits in the NBA 75 Set, each with three Styles of a different color: default diamond, red, and gray,” Epic Games said. “Also, display a holographic logo of any of the league’s 30 teams with the NBA Beacon Back Bling! You can switch which team to rep in your Locker.”