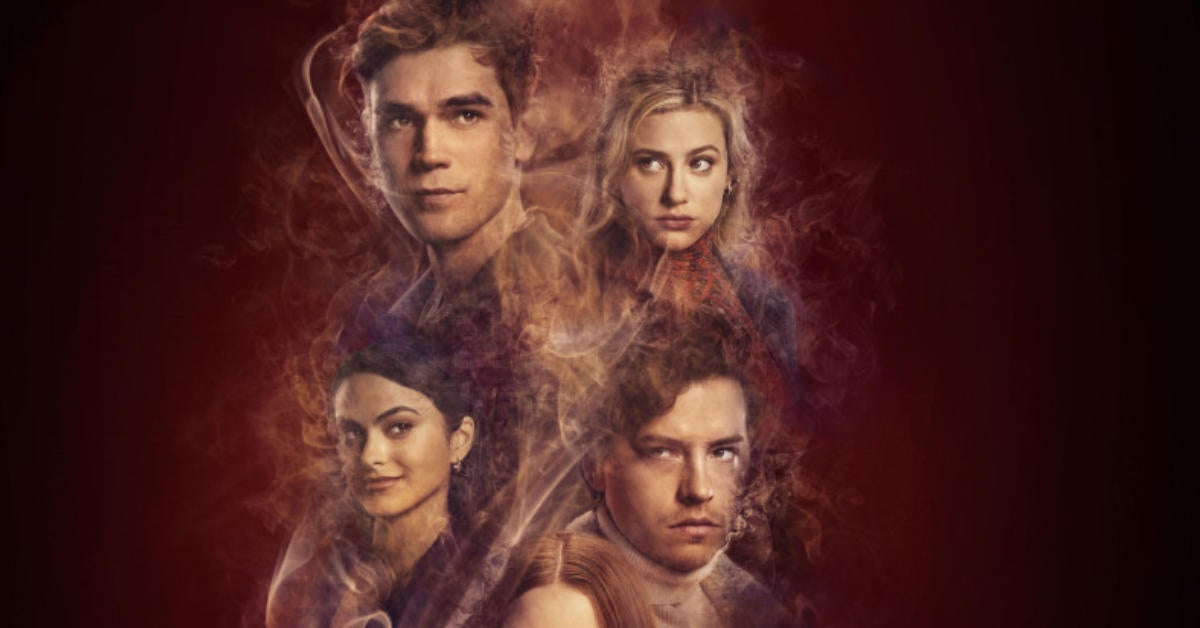 After months of being off of our television screens, The CW‘s Riverdale is about to return for its sixth season in a little over a month. The episodes will follow the five-installment “Rivervale” storyline, which took a more supernatural and otherworldly approach to the Archie Comics canon. When these new episodes do debut, they will mark the series’ first jump to Sundays, after largely occupying a Wednesday or Tuesday time slot across its run thus far. To get fans hyped for the upcoming midseason return, the network has released an ominous new teaser poster, which you can check out below.

While it’s anyone’s guess a to what these post-Rivervale episodes will bring, it sounds like the other dimensions and realities we’ve seen thus far might have a lasting impact.

“There’s going to be a lot of crazy, cool stuff for Toni’s storyline in Season 6. We have other dimensions,” Toni Topaz actress Vanessa Morgan recently told Us Weekly. ”It’s going to be very, very cool [and] unlike any other season. I love, like, the witchy magic aspect of it all.”

“If you believe [in other dimensions] then there’s alternate realities all going on at the same time, different versions, different outcomes, all playing out at your life at the same time,” Morgan continued. “I believe in that, and I feel like we’re kind of touching on that. And then I think toward the end of the season, it’ll all come together and you’ll really realize how it all relates.”

You can check out the synopsis for the series’ most recent episode, “The Jughead Paradox”, below!

As mentioned above, Riverdale will return with new episodes on Sunday, March 20th at 8/7c on The CW.