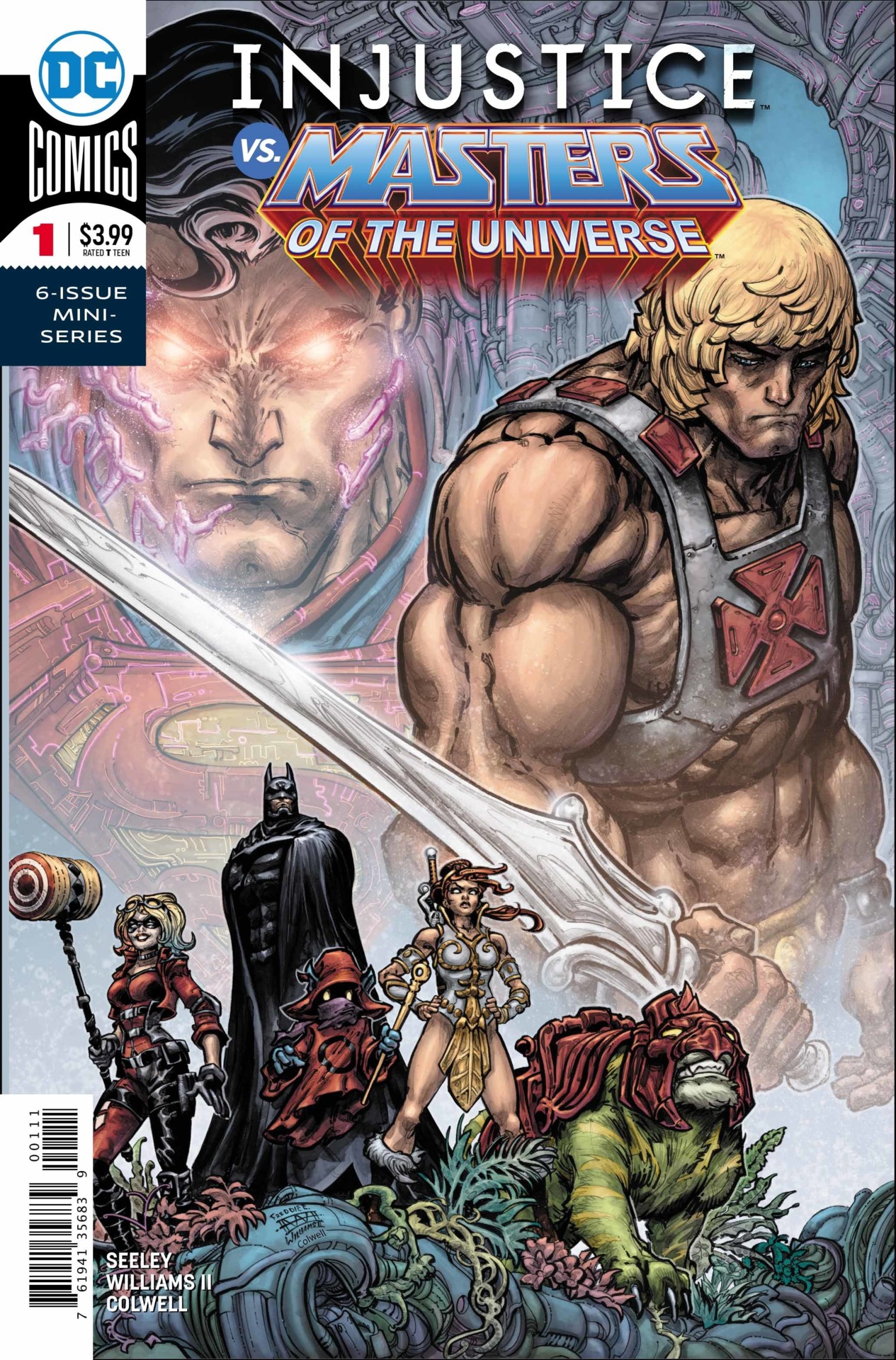 When you think about DC Comics, you think about Batman fighting the Joker or Superman fighting Lex Luthor. However, when you’re a kid, playing with all your action figures, sometimes Batman ends up fighting Starscream from Transformers and Superman ends up fighting Mumm-Ra from Thundercats. DC has taken that sandbox mentality into its comics over the past few years, with miniseries like Batman/Teenage Mutant Ninja Turtlesand the publisher’s newest book Injustice Vs. Masters of the Universe. What would happen if Superman, from Injustice: Gods Among Us, fought He-Man?

The six-issue miniseries, which saw its first issue’s release on July 18, has these two vastly different universes crossing over. “After basically the end of the Injustice 2 video game, Superman has taken over, again,” explains writer Tim Seeley. “It’s the alt-ending, it’s the dark ending. Superman has taken over and he’s using the powers that he gets from Brainiac, and Batman has to go find someone to defeat Superman, and he picks He-Man.

“For reasons in the story which is basically, He-Man is like the good version of the evil Superman. He’s a guy with all this power, but he wants the people to have freedom and to be able to determine their own destiny. In Injustice, Superman doesn’t want that, at all; he wants control. So, it’s basically, He-Man gets recruited to go to Earth and kick the crap out of bad Superman.”

Both the DC and MOTU worlds are filled with characters, so of course, there are going to be some lesser-known characters included in the comic for the hardcore fans. This includes adding the MOTU villain Scare Glow to the book, which artist Freddie Williams II explained was not a joke. However, from there, the two creators went deep into He-Man lore. “Tim has put in so many cool Easter Egg characters, deep holes of all this Masters of the Universe continuity, it is a pleasure to draw,” Williams explains. “It’s the coolest stuff, I’m getting to have all the toys I never had as a kid. Like, the whole army of every Masters of the Universe. It’s awesome.”

While both Eternia and the DC Universe are vastly different worlds, they fit together perfectly for this story. “Tim has such a great deep understanding of Masters of The Universe that he immediately connected it well, like as a contrast,” explained Williams. “Sort of like a brightness in Eternia, which is the home planet of Prince Adam. That’s their universe, with this dark dystopian-esque sort of alternate reality of the Injustice world. Just reading his initial outline and his initial thoughts. It connected in a way that I didn’t see coming, but made total sense. I can’t picture a better way to basically make these properties interact and connect.”

This isn’t the first time DC Comics has worked on something with the MOTU property. “I think an interesting sort of evolution in the Masters of The Universe it domes from DC Comics, because when Mattel came up with this toy line and had a story for it,” Seeley said. “They said ‘Oh, we’re gonna have a mini-comic’ and DC Produced that initial stuff. Also basically came up with the Prince Adam story and all that sort of stuff. It’s basically Captain Marvel. It’s a kid that turns into a superhero with a magic word. And that comes from DC. It all comes back together.”

You can check out this series for yourself as issue #1 of Injustice Vs. Masters of the Universe is on sale now, and issue #2 comes out on August 15.