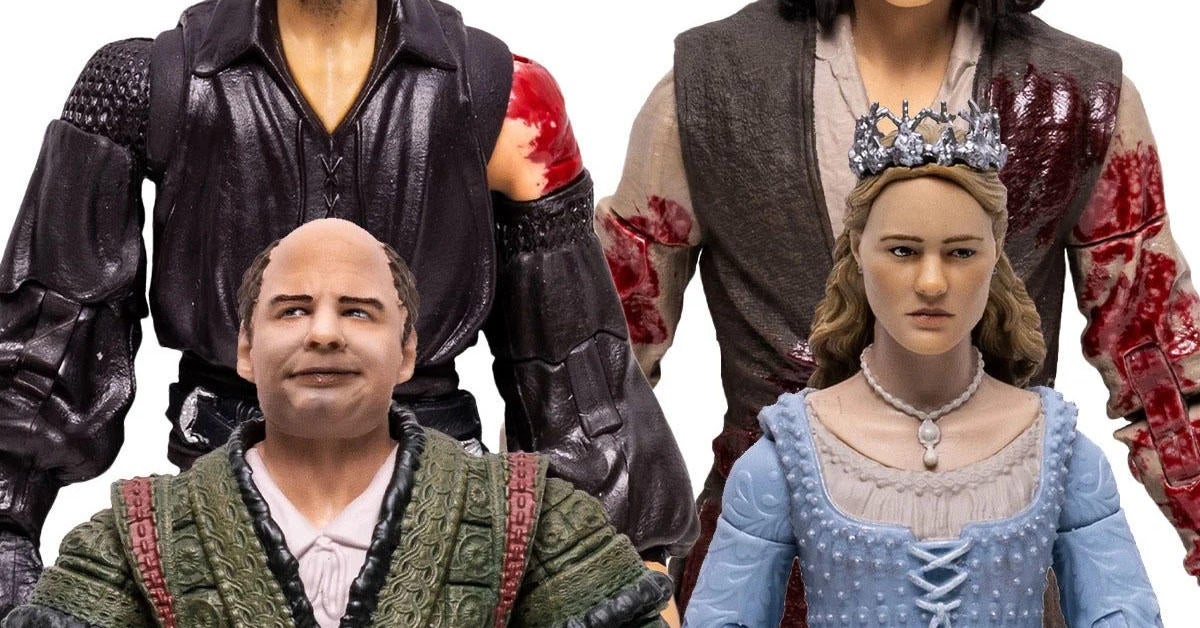 McFarlane Toys has launched the second wave of 7-inch scale figures in their line based on the classic 1987 film The Princess Bride. It includes several variants of previously released figures such as an unmasked and bloody variant of Westley s Dread Pirate Roberts, a bloody variant of Inigo Montoya with an angry face sculpt and alternate sword accessory, and a variant of the Fezzik MegaFig with an alternate head sculpt and cloak accessory. The new figures in the lineup include Princess Buttercup in her wedding dress and Vizzini with two chalice accessories. Indeed, the Vizzini action figure you’ve always wanted has finally arrived, and he’s ready to engage in a battle of wits with Dread Pirate Roberts for the Princess Buttercup figure launched in Wave 1.  A full breakdown of pre-orders for The Princess Bride McFarlane Toys Figures in Wave 2 can be found below.

The first wave of figures in McFarlane Toys The Princess Bride collection included Dread Pirate Roberts, Princess Buttercup, Inigo Montoya, and Fezzik, all of which are also available to pre-order here at Entertainment Earth priced at $24.99 to $39.99. The figures are 7-inch scale, which explains why Andre the Giant’s Fezzik towers above the rest of the cast.

Each of The Princess Bride figures in Wave 1 features up to 22 points of articulation, and character specific accessories like swords for Westley and Inigo, and fabric skirt for Princess Buttercup. However, Fezzik has the best accessories of all – a peanut and a rock.

Based on William Goldman’s novel of the same name, The Princess Bride debuted in 1987 to critical acclaim. Since then, many fans have marked it as one of the best films ever released and in 2016, the movie was added to the National Film Registry. Other than Elwes, the movie also starred Robin Wright, Peter Falk, Fred Savage, Betsy Brantley, Mandy Patinkin, Chris Sarandon, Christopher Guest, Wallace Shawn, Andre the Giant, Billy Crystal, Carol Kane, and others.

In total, The Princess Bride ended up making a modest $30.86 million at the box office. It was much more successful critically, eventually earning an Oscar nomination the year of its release, and has gone on to become a celebrated classic.