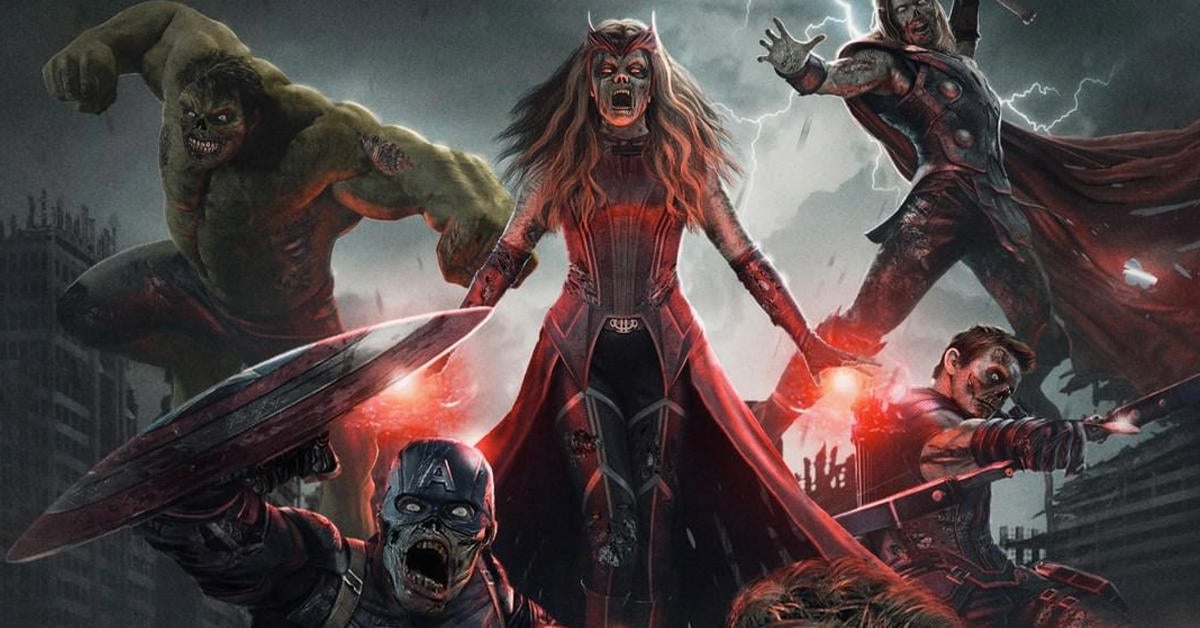 The Marvel Cinematic Universe has long prided itself on being an interconnected universe between film and television. With the introduction of Marvel’s What If…? last year, animated properties finally made their way into the mix. As the Star Wars franchise before it, it looks like some of those animated characters will soon appear in live-action, including the terrifying version of the Scarlet witch that appeared in the zombies episode.

During the second trailer for Doctor Strange in the Multiverse of Madness, one shot appears to confirm the involvement of Zombie Wanda Maximoff (Elizabeth Olsen). The shot in question even seems to be set in a similar location as the warehouses used in the animated series. Be the judge for yourself by looking at the pictures below.

“I think if I told you about our animated plans, it would blow your mind,” Marvel Studios Animation boss Brad Winderbaum previously told ComicBook.com.

“I mean, you’re completely unbounded from any sort of rules, which is both the most exciting and the most daunting thing about it, because then you have to create your own rules,” he continued. “But I mean, it really is, in many ways, the purest interpretation of the imagination of the people behind it. There’s an element of chaos in all things. There’s an element of chaos in animation. Certainly a major factor in live action. Filmmaking is chaos. And how things don’t go as planned and how you end up ultimately with a whole different set of tools than you thought you had going in. In an animation, kind of get to work with this infinite canvas where anything you want can be achieved. And if you can conceive it, you can do it. If you can dream it, you can do it.”Doctor Strange in the Multiverse of Madness hits theaters May 6th. What other characters do you think will end up appearing in the upcoming feature? Let us know your thoughts either in the comments section or by hitting our writer @AdamBarnhardt up on Twitter to chat all things MCU!