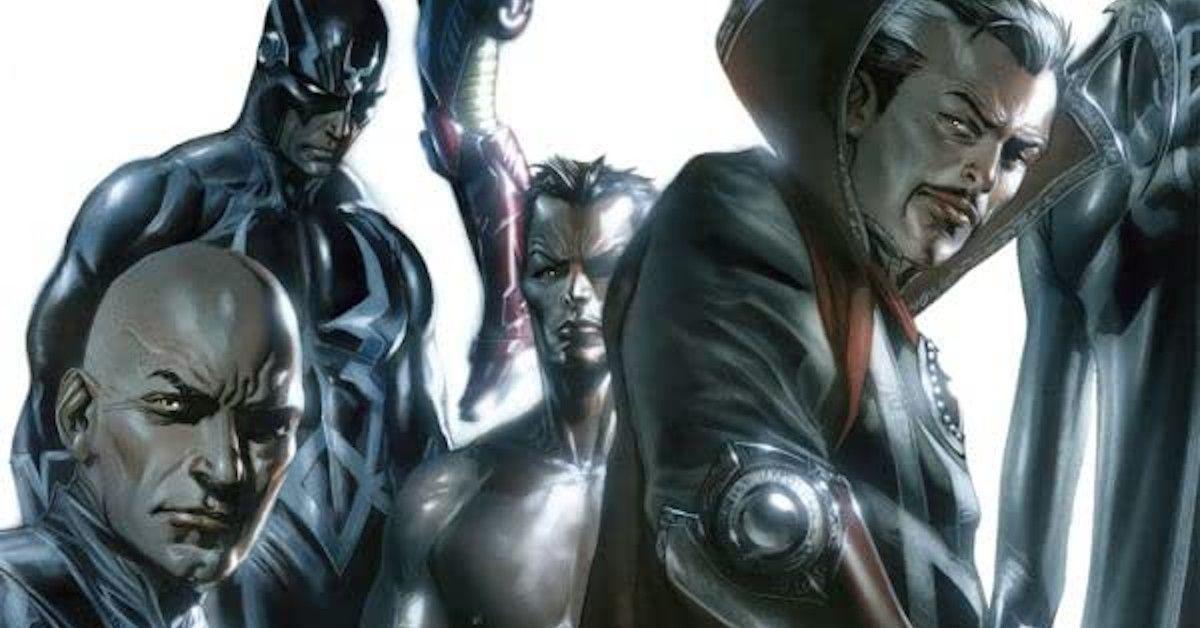 The official trailer for Doctor Strange in the Multiverse of Madness premiered tonight during the Super Bowl, bringing with it a lot of confirmations about many rumors that have been surrounding the upcoming sequel. Chief among these reveals is a tease of the return of Patrick Stewart as Charles Xavier, who appears only in an over-the-shoulder shot and lamenting “We should tell him the truth.” Stewart’s character isn’t alone however, surrounded on both sides by large chairs and other mysterious figures, seemingly giving us a first look at the MCU’s version of the secret superhero group, The Illuminati.

Throughout the pages of Marvel Comics, The Illuminati has been a secret group of the greatest minds in the Marvel Universe. Regular members have previously included, in addition to Doctor Strange, Mister Fantastic, Iron Man, Professor X, Black Bolt, and Namor, with other members including Beast, Amadeus Cho, and Captain America. This version of The Illuminati however is clearly one made up of characters from across the multiverse since we all know that Patrick Stewart’s Charles Xavier occupies a different universe from the MCU, and one could argue this might even be a different one from the X-Men feature films. But who is sitting in the other chairs?

Only five seats are visible, we can assume that Stewart’s Xavier is in one of his signature mobility chairs, but three figures are visible. One of these is perhaps the variant of Captain Marvel that we can see in the trailer, who looks suspiciously like Lashana Lynch’s Monica Rambeau, but the other characters are a mystery. One possibility is none other than Hayley Atwell’s Captain Carter. The character made their debut in Marvel’s What If…? last summer and whose alternate version of the vibranium shield can be seen on the poster for Doctor Strange in the Multiverse of Madness.

This does leave us with a few other figures. Considering the visible headquarters of The Illuminati uses Ultron bots to escort Stephen Strange throughout there’s a possibility that we may get an alternate version of Iron Man or The Hulk, the co-creators of the villainous ‘bot in the MCU.

Marvel’s official description for Doctor Strange in the Multiverse of Madness reveals that the MCU has “unlocked he Multiverse and pushes its boundaries further than ever before. Journey into the unknown with Doctor Strange, who, with the help of mystical allies both old and new, traverses the mind-bending anddangerous alternate realities of the Multiverse to confront a mysterious new adversary.”

Benedict Cumberbatch leads as the title hero (and his variants), plus Chiwetel Ejiofor, Elizabeth Olsen, Benedict Wong, Xochitl Gomez, with Michael Stühlbarg, and Rachel McAdams. Directed by Spider-Man’s Sam Raimi, written by Loki’s Michael Waldron, and produced by Kevin Feige. Doctor Strange in the Multiverse of Madness releases in U.S. theaters on May 6, 2022.

Keep up with all of the Super Bowl action on CBS Sports.