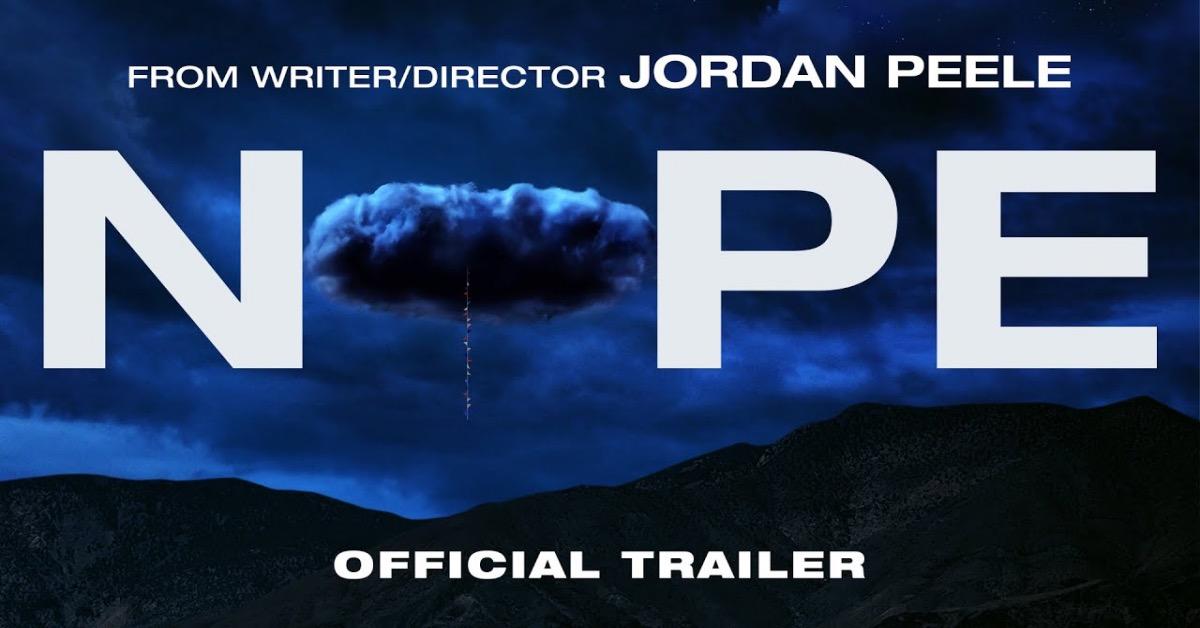 The first trailer for Jordan Peele‘s Nope has officially been released by Universal Pictures, who debuted the first-look at the horror film ahead of Super Bowl LVI. A teaser for the film that was released last week offered just three shots, revealing first-looks at stars Daniel Kaluuya, Keke Palmer, and Steven Yeun, all terrified by something that seems far above them. Like his last feature film as a director, 2019’s US, the Super Bowl spot for the film offers a lot of startling imagery from the new movie but keeps things light on the plot. Knowing Peele it will likely contain countless twists that are being hidden from the marketing. Check it out below!

Little is known about Jordan Peele’s Nope beyond the cast. The film’s title was confirmed last year with an official teaser poster with some imagery that has many speculating. In the teaser image all that is visible is a small town nestled in-between some mountains but approaching this unassuming villa is a mysterious round cloud floating forward. Floating out of the cloud is a kite tail, almost like an appendage from the cloud itself and perhaps evoking imagery of a kite-flying kid being eaten. Considering Peele’s history of “social thrillers” with Get Out and Us it seems likely that the cloud will be symbolic of something, throw your best guesses at us below.

“I have four other social thrillers that I want to unveil in the next decade,” Peele previously told Business Insider of his original projects (for those keeping track, Nope would be the second of these four). “The best and scariest monsters in the world are human beings and what we are capable of especially when we get together. I’ve been working on these premises about these different social demons, these innately human monsters that are woven into the fabric of how we think and how we interact, and each one of my movies is going to be about a different one of these social demons.”

Other cast members confirmed to appear in the film include  Barbie Ferreira of the HBO series Euphoria, Brandon Perea from Doom Patrol and Netflix’s The OA, and character actor Michael Wincott (The Crow, Robin Hood: Prince of Thieves). Nope marks a reunion between Academy Award nominee Daniel Kaluuya with Peele, having starred in Get Out back in 2017.