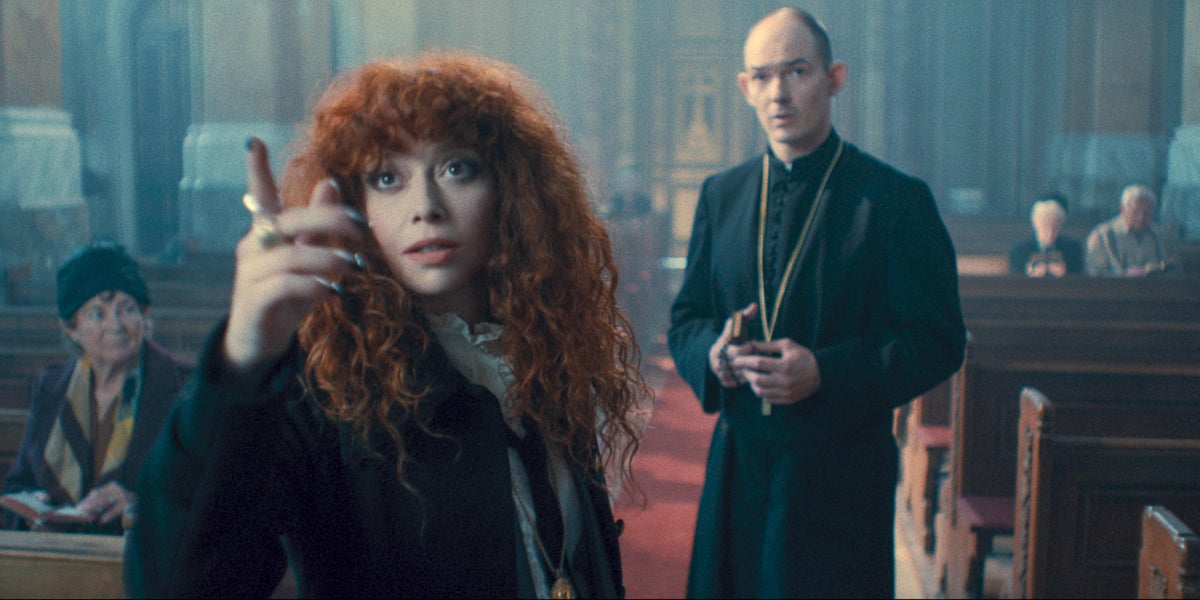 After ending on a pretty poignant note back in 2019, Russian Doll is back for a sophomore venture, with a new batch of episodes that are expected to debut on Netflix this spring. A lot of anticipation and speculation has surrounded the show’s second season, with fans wondering how its narrative and its new cast members would further evolve. On Friday, Netflix (via Entertainment Weekly) released a batch of photos for Russian Doll‘s sophomore season, which provided out first inkling of what that will entail. The photos tease the return of Nadia (Natasha Lyonne) and Alan (Charlie Barnett), four years after they escaped their deadly time loop. The second season will see the duo discover a fate even worse than dying over and over, when they must sift through their pasts via an unexpected time portal located in one of Manhattan’s most iconic locales.

“It’s definitely a wild ride. It is deep, and deeply off-the-wall,” Lyonne, who co-created and showruns the series, explained. “I genuinely think the joy of the game is to watch it with fresh eyes as much as you can in order to be taken by the story,” Lyonne added, likening the season to “saddling up with a book in the attic and letting that world take you away on a journey. I do have this dream that people get to do that with this show.”

“We all pushed ourselves to the limit of what we thought we could make happen visually and through the storytelling,” Lyonne revealed.

New characters within Season 2 will include Annie Murphy as a mysterious and unexpected “ally” to Nadia, who Lyonne sees as a “core component and heart of the season.”

“There’s some serious motherf—ers on that Russian Doll show – on a human level – and she’s definitely one of the good guys,” Lyonne revealed.

Keep scrolling to check out the first-look photos of Russian Doll Season 2, and share your thoughts with us in the comments below!