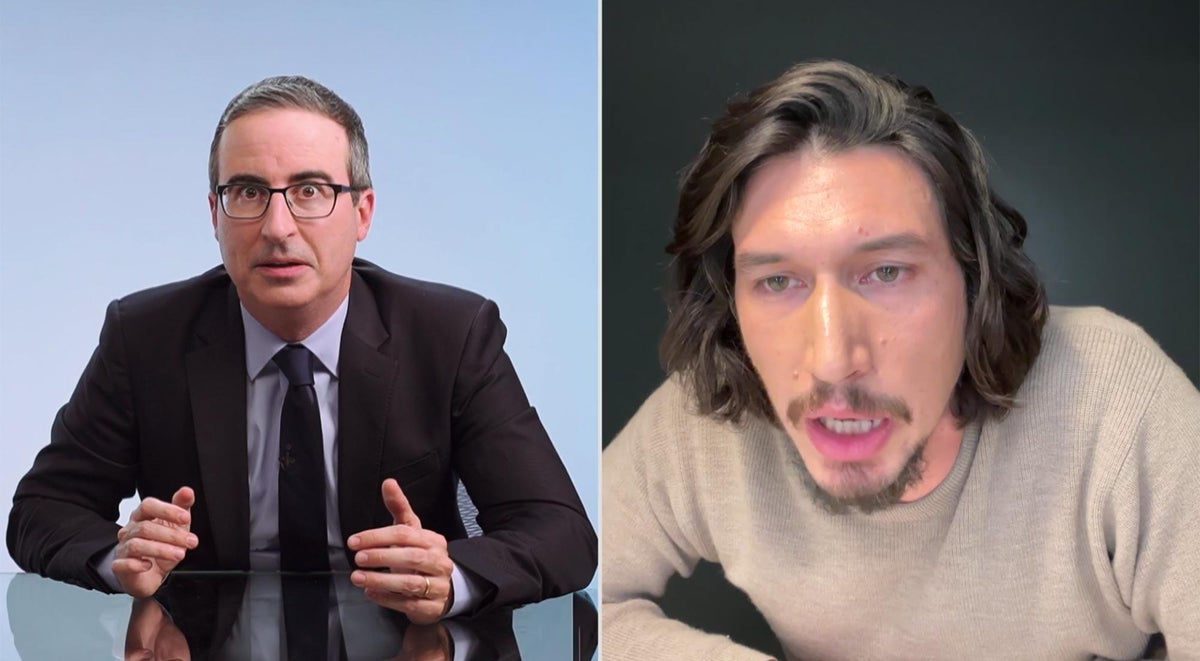 Last Week Tonight with John Oliver has made headlines over the years for a number of reasons, from its in-depth reporting regarding major social issues, to the bizarre and often-specific pop culture references the show uses to convey its information. One of the most ubiquitous jokes within recent years of Last Week Tonight has been Oliver’s apparent fascination with actor Adam Driver, which has used some thirsty and often-violent descriptors to chronicle his infatuation. In a recent interview with Collider, Oliver dove into the origins of that joke, and revealed that the intention wasn’t initially to make it a recurring format.

“No, that was a one-off joke,” Oliver explained. “That was one of the final shows that we actually had in the studio before the pandemic kicked in. I just liked it because it was a really funny joke. The audience seemed to like it a little bit and be very uncomfortable as well. And it was the perfect synthesis of those two reactions. So then we did it again and then again and it felt like a really fun joke format. Then we were about to stop because it felt like, well, unless this joke is heading somewhere to your point, it probably should end.”

“That was when we reached out to Adam Driver to say, ‘Hey, I don’t know if you know we are doing this joke, if you would like to come on at the end of the year I will keep going and we’ll set it up. If not, we will stop,'” Oliver continued. “Because we did not want to get into that situation, exactly like you say, where you are building to a payoff, and you can’t stick the landing. So once we knew he was going to come at the end of the year, at that point, and this is five jokes in, at that point we realized, oh, we are continuing this at the end of the year then. But you can confidently accelerate knowing that the payoff is going to be beautiful.”

The bit ultimately did culminate in Driver appearing in the show’s Season 7 finale, with the Star Wars and House of Gucci actor having a very specific and hilarious role to play in the proceedings. Oliver also thanked Driver by name during the show’s acceptance speech in the 2021 Emmys.