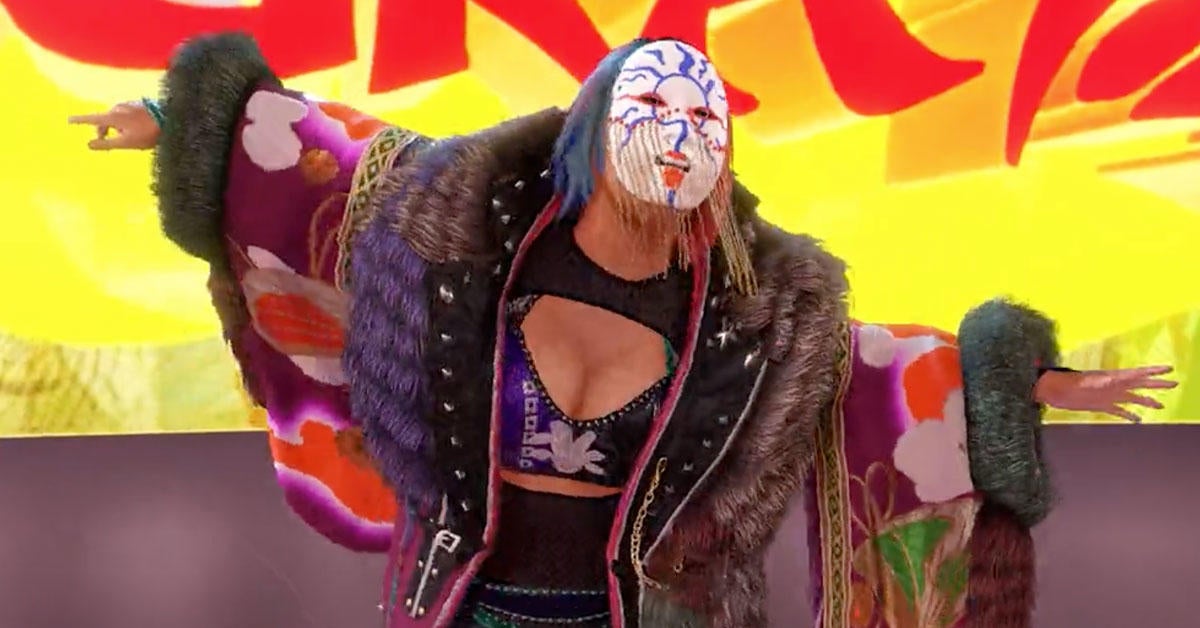 WWE 2K22 is coming soon, and 2K keeps rolling out the roster reveals. The latest reveal came courtesy of a new trailer of gameplay footage, giving us our first looks at Mansoor and Jinder Mahal, as well as new looks at Asuka, Sheamus, and Lacey Evans. We also saw their ratings, with Mansoor getting an 80, Mahal getting a 77, Asuka getting a 90, and Sheamus getting an 85. We also got more looks at the SmackDown set, and you can check it all out in the new trailer below.

The video gave us some solid pieces of their entrances too, and Mansoor’s likeness is excellent from the footage we saw. The same goes for Asuka and Evans, though we didn’t get the longest of looks at Evans, as she is only shown briefly. Still, both look promising.

Ready to feel the burn from @WWEAsuka‘s green mist?
Can you survive a Brogue Kick from @WWESheamus?
Want to FLY like @KSAMANNY?
Are you WORTHY to challenge @JinderMahal?

Play as your favorite Superstars from around the 🌍 in #WWE2K22! https://t.co/lCkrmGj8X6 pic.twitter.com/JnF8JflQ0Q

Probably the most impressive of the bunch is Sheamus, who at times looks life-like but the likeness isn’t quite as 1 to 1 as other stars, at least not in this trailer. In other images though his likeness looks much closer.

2K keeps releasing roster reveals in batches, typically in threes, so hopefully, we’ll get closer to a full roster through the next week, as the game releases pretty soon.

2K22 comes in several editions, and you can get all the details on the nWo 4-Life Edition below.

• The nWo 4-Life Edition will be available for $119.99 for PlayStation 4, PlayStation 5, Xbox One, Xbox Series X|S, and PC in digital format. Celebrating 25 years of the faction that turned the sports entertainment world on its head, in addition to the Standard Edition, and all bonus content included in the Deluxe Edition, the nWo 4-Life Edition comes with MyFACTION EVO Cards and alternate nWo attires for Hollywood Hogan, Scott Hall, Kevin Nash, and Syxx plus a playable Eric Bischoff character, WCW Souled Out 1997 and WCW Bash at the Beach 1996 arenas, and the nWo Wolfpac Championship. Players who pre-order the nWo 4-Life Edition before March 8, 2022, will also receive early access to the game three days ahead of launch.

What do you think of the newest footage? Let us know in the comments and as always you can talk all things wrestling with me on Twitter @MattAguilarCB!