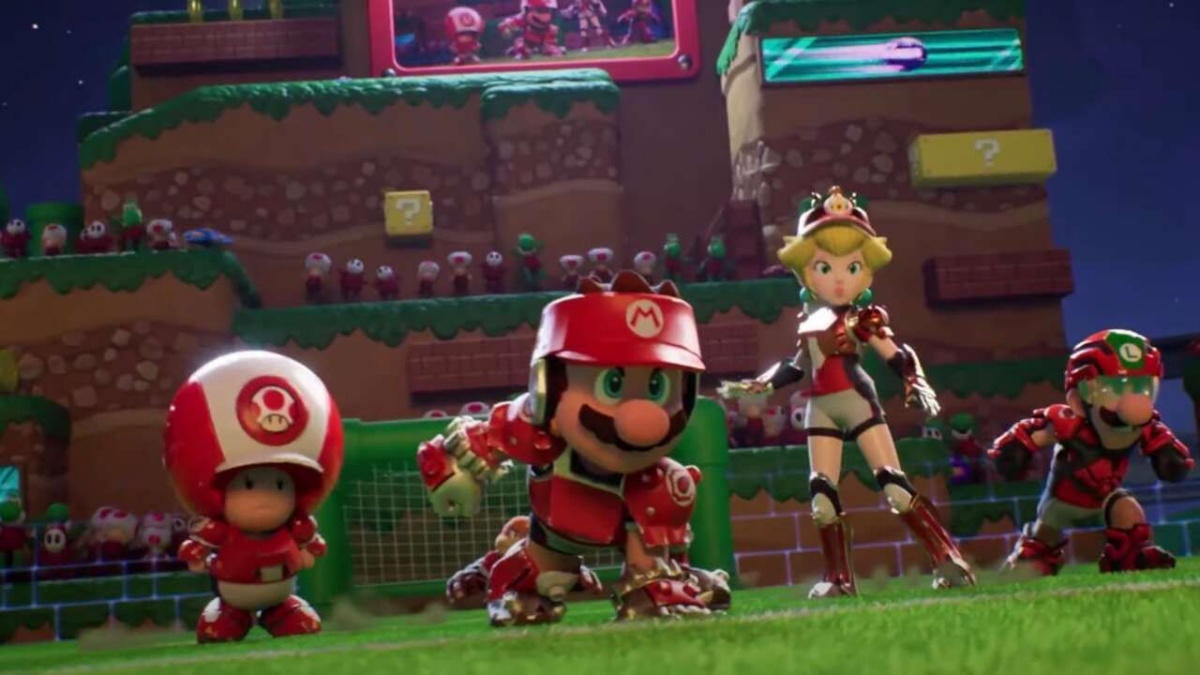 During today’s Nintendo Direct presentation, the company announced Mario Strikers: Battle League, a Nintendo Switch iteration in the soccer franchise. The sports series has been dormant since the days of the Nintendo Wii, while Mario Golf and Mario Tennis continued to receive new iterations. However, it seems like Mario Strikers is back in a very big way, and fans won’t have to wait much longer, as it’s set to arrive on June 10th! Unsurprisingly, this time around, players will be able to compete with one another online.

The trailer for Mario Strikers: Battle League can be found embedded below.

In Mario Strikers: Battle League, players will have a lot of freedom to customize their characters. The denizens of the Mushroom Kingdom will start out with fairly normal soccer jerseys, but players can give them some bold new looks using different gear. Some of it looks a lot like battle armor, which should help as the game will put a big emphasis on physicality. The gear can also impact a character’s stats, so players will want to make strategic choices! So far, Nintendo has showcased a number of beloved characters set to appear in the game, including Mario, Luigi, Peach, Bowser, Donkey Kong, Yoshi, Toad, Wario, Waluigi, and more. Up to 8 players can take part at the same time online.

It’s very interesting to see a long-dormant franchise getting a sequel on Switch! It makes a lot of sense given the popularity of Mario sports titles like Mario Golf: Super Rush, but it will be interesting to see whether this might lead to other dormant Nintendo franchises returning, as well. Nintendo has no shortage of great franchises that have yet to appear on Switch, including F-Zero and Eternal Darkness. Following today’s Nintendo Direct, the company’s first-party output is looking pretty stacked for the rest of 2022, but Mario Strikers: Battle League could offer hope for a lot of other missing games!

Are you looking forward to Mario Strikers: Battle League? Are you surprised to see the soccer game returning? Let us know in the comments or share directly on Twitter at @Marcdachamp to talk all things gaming!