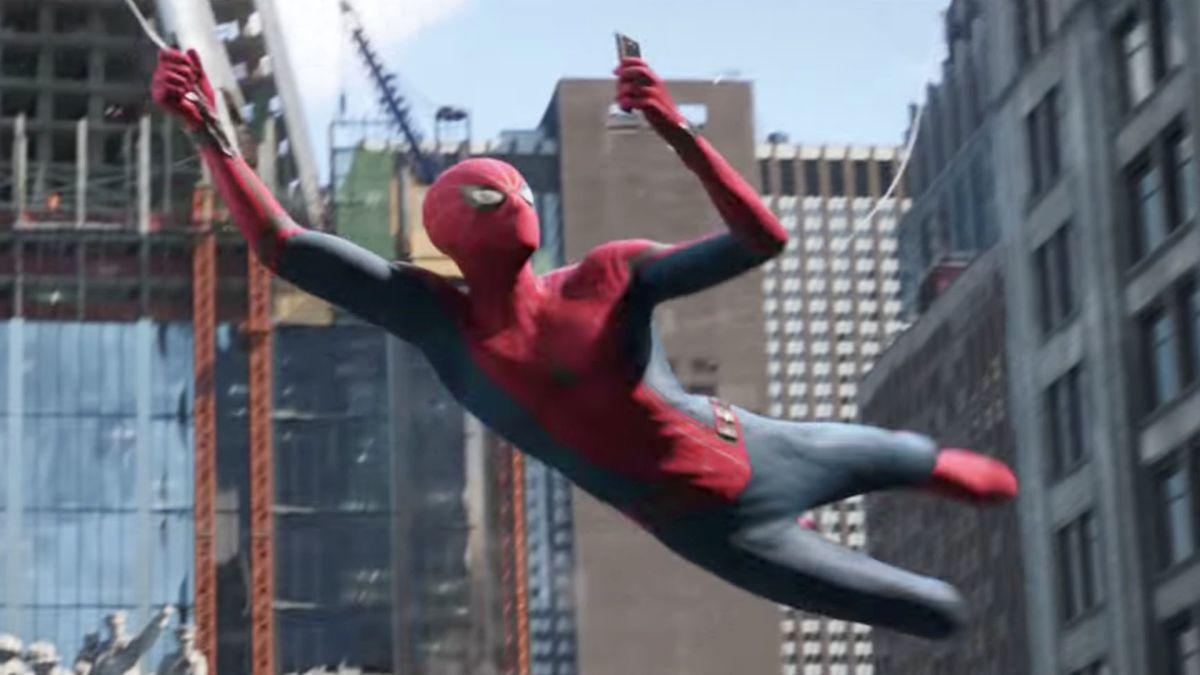 When Spider-Man: No Way Home started production, the film’s Spider-Man actors started their own group text. Tom Holland, Andrew Garfield, and Tobey Maguire just have their own little chat room about Spidey, life, and everything that only Spider-Man actors can understand. Casual! Although production wrapped several months ago and the movie has been in theaters since December, fans should be happy to hear that group chat is still going strong – much like the conversation about the film amongst the rest of us. During an interview at a press event for the upcoming release of Uncharted, Holland opened up about the ongoing relationship with the other Spider-Man actors.

In regards to who drops the most messages into the chat, “I say it’s all of us really,” Holland said. “Every now and then, there was someone would blow it up and then we’ll chat for an hour or two and then it always ends with love you guys and we’ll be off. And then a couple weeks later, they’ll text back after we’ve broken yet another record. And it’s like, ‘Can you believe this is happening?’ So, it’s been a lot of fun getting to know those guys and I’ve really, really enjoyed it.” The next record is about to dropped in there, as Spider-Man: No Way Home is expected to surpass Avatar at the domestic box office this week.

The #SpiderMan group chat with Tom Holland, Andrew Garfield, and Tobey Maguire is still going and they all love each other. #Uncharted pic.twitter.com/w9kjLjzWj2

In fact, the actors have become so close that Holland was willing to hop on a trending train with the rest of the fans. Following Garfield’s return to the Spider-Man role for No Way Home after his tenure came to an abrupt end following The Amazing Spider-Man 2, Holland says a third film starring Garfield is something he will root for.

“I would love to see The Amazing Spider-Man 3,” Holland told ComicBook.com in an exclusive interview at a press event for Uncharted. “I think what was so wonderful was how Andrew was able to kind of make amends with the character and the studio, you know, to kind of win the general public back.” Garfield’s run as Spider-Man was cut short following The Amazing Spider-Man 2 in 2014 as the film saw the Spider-Man franchise’s box office numbers trending in the wrong direction. At that time, Marvel Studios and Sony Pictures decided to collaborate for a fresh start with Spider-Man, casting Holland as a rebooted version of the character who would debut in Marvel’s Captain America: Civil War before going on to have a trilogy of Spider-Man movies and playing a role in a pair of Avengers movies.

ComicBook.com’s full Uncharted interview with Holland can be seen in the video at the top of this article or on our YouTube channel now. Are you excited for the video game adaptation? Share your thoughts in the comment section or send them my way on Instagram. Spider-Man: No Way Home is now playing in theaters. Holland’s Uncharted film opens in theaters on February 18.