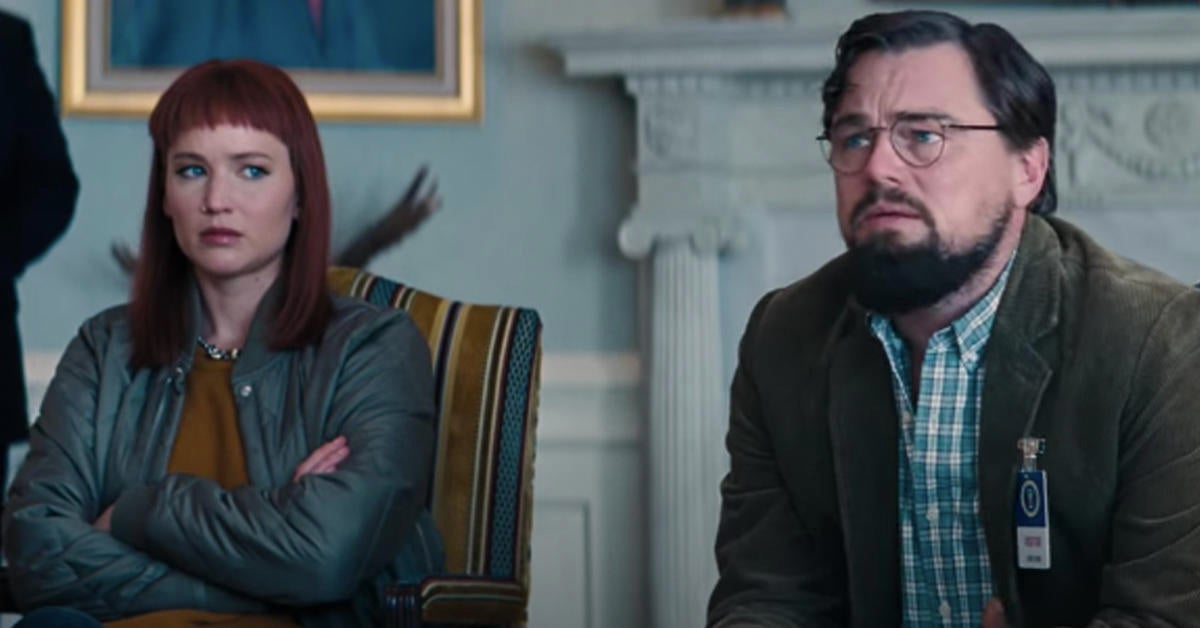 Don’t Look Up was nominated for Best Picture at the Oscars this year and people are a bit confused. The Netflix film certainly didn’t have a problem getting eyeballs on it. But, the criticism and debate that raged online around the film was lengthy. Adam McKay presented a movie that got people talking, which you could argue is the entire point. However, conversation doesn’t tend to be the true “goal” of The Academy in their selections. Also adding to the noise online is the fact that universal crowd-pleaser Spider-Man: No Way Home didn’t get a Best Picture nod despite doing its best to keep the entire theater industry afloat for a couple of months. The discourse is messy, as usual, and fans are going to have a lot to say. Bu

DiCaprio gave his read on playing a scientist in this movie during a press conference before the film premiered.

“Adam created this film, which was about the climate crisis, but he created a sense of urgency with it by making it about a comet that’s gonna hit Earth within six months’ time,” the actor began. “Science has become politicized. There are alternative facts. And I was just thankful to play a character who’s based on so many of the people that I’ve met from the scientific community, and in particular, climate scientists who’ve been trying to communicate the urgency of this issue and feeling like they’re, subjected to the last page on the newspaper.”

Were you surprised that Don’t Look Up got a nod for best picture? Let us know down in the comments!

Start the day over

Don’t look up? For best picture? I’m going back to sleep

How did “Don’t Look Up” get a best picture nom? 😂 it was kinda funny but come on

One of you said Don’t Look Up was going to win Best Picture this year and omg you’re already 50% there.

If don’t look up wins best picture I’ll rethink my whole life and I won’t move to NY for film.