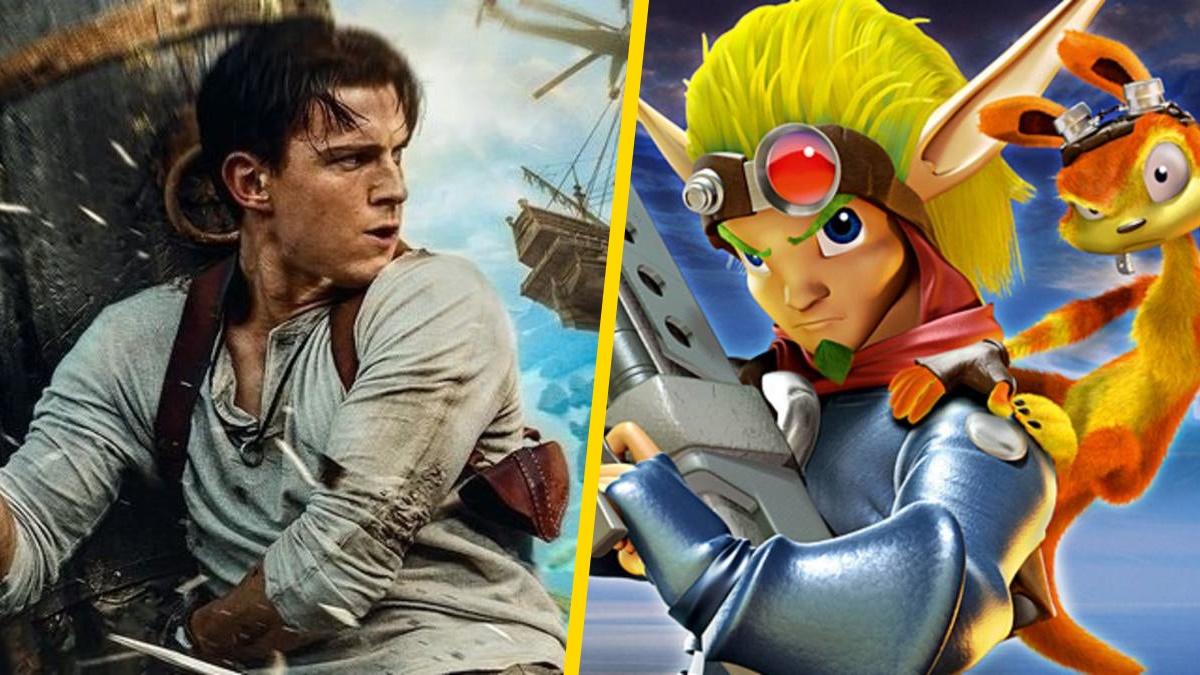 With Uncharted set to release in theaters on February 18th, Tom Holland will have finally starred in a movie adaptation of a video game, but why stop there? In a recent interview, Holland was asked what his dream video game adaptation might be, and his answer was somewhat surprising: Jak and Daxter. That said, it’s probably no coincidence that the franchise is also one owned by Sony Interactive Entertainment — and initially created by developer Naughty Dog.

“I would like to make a Jak and Daxter movie, and I would play Jak,” Holland said. “But I would make it at A24, so it was really weird and like dark. I would do like a really weird, live-action version of Jak and Daxter.”

Exactly how serious Holland is about all this is unclear given his suggestion. But, he did say what he said. You can check out the Uncharted junket interview from GameSpot with Holland where he talks about his dream video game movie adaptation below:

Hey, @A24 and @Naughty_Dog. Tom Holland has a great video game adaptation pitch for you guys. pic.twitter.com/QKKbJYWedf

The pick of Jak and Daxter is a bit of a deep cut given that the last mainline title in the franchise, Jak 3, was released in 2004 for the PlayStation 2. There have been a couple of spinoffs and a remastered collection since then, but nothing major. The series stars the eponymous Jak and Daxter as they traverse a fantastical, somewhat-cyberpunkish world. Initially, this was to revert Daxter back into a human, but it expanded from there in subsequent titles.

“Street-smart Nathan Drake (Tom Holland) is recruited by seasoned treasure hunter Victor ‘Sully’ Sullivan (Mark Wahlberg) to recover a fortune amassed by Ferdinand Magellan and lost 500 years ago by the House of Moncada,” an official description of the upcoming movie reads. “What starts as a heist job for the duo becomes a globe-trotting, white-knuckle race to reach the prize before the ruthless Santiago Moncada (Antonio Banderas), who believes he and his family are the rightful heirs. If Nate and Sully can decipher the clues and solve one of the world’s oldest mysteries, they stand to find $5 billion in treasure and perhaps even Nate’s long-lost brother…but only if they can learn to work together.”

As noted above, the Uncharted movie is currently set to release in theaters on February 18th after several delays. It stars Tom Holland as Nathan Drake, Mark Wahlberg as Victor “Sully” Sullivan, and Antonio Banderas as Santiago Moncada. The film will also feature Sophia Ali (Grey’s Anatomy) as Chloe Frazer and Tati Gabrielle (The 100) as Braddock. Venom director Ruben Fleischer serves as director of the adaptation. You can check out all of our previous coverage of the upcoming Uncharted movie right here.

What do you think about Holland’s pitch for a movie adaptation of the Jak and Daxter franchise? Are there any other video game adaptations that you would like to see Holland star in? Let us know in the comments, or feel free to reach out and hit me up directly over on Twitter at @rollinbishop to talk about all things gaming and movies!